2015: The year in entertainment news 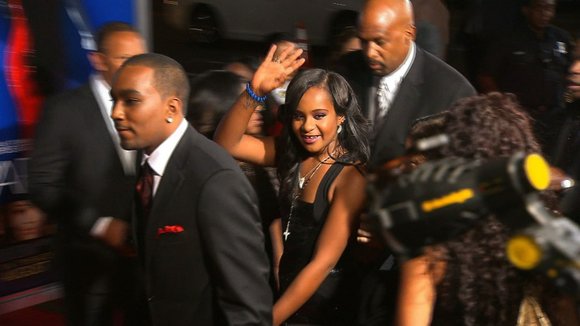 Bobbi Kristina Brown appears on the red carpet at the Los Angeles premiere of "Sparkle" on August 16, 2012. (Photo: CNN)

(CNN) — The year's biggest entertainment headlines were somewhat grim this year, as a famed comedian fell from grace and a young star died tragically.

One star still shining, albeit in a whole new light, is Caitlyn Jenner.

"Call me Caitlyn" -- the words printed across the July issue of Vanity Fair magazine -- presented Caitlyn, formerly Bruce, gracing the cover, looking remarkably different. Jenner came out officially as transgender this summer after rumors swelled about her gender.

Jenner was the winner of ESPN's prestigious Arthur Ashe award, and during her acceptance speech she said she hoped to "reshape the landscape of how trans issues are viewed."

While Jenner took on new beginnings -- others were saying goodbye.

David Letterman filmed his last episode of "The Late Show" in May, retiring after 33 years of making people laugh.

He kept it short and sweet, offering a simple goodbye: "That's pretty much all I got. ... Thank you and goodnight."

Some changes also occurred at "NBC Nightly News," after Brian Williams was suspended without pay for six months after embellishing a story about a helicopter mission during the Iraq War.

Williams returned to air in September as a breaking news anchor for MSNBC.

Another reputation took a drastic turn this year: Bill Cosby's.

Dozens of women came forward, accusing Cosby, 78, of sexual misconduct over the years, causing his image to plummet from that of a lovable, fatherlike figure to an alleged sexual predator.

One of Cosby's most notable accusers is model Janice Dickinson, 60, who says Cosby drugged and raped her.

Josh Duggar of the reality TV family "The Duggars" was also accused of sexual misconduct, as reports surfaced that he'd molested girls as a teenager -- including his sisters.

He was also outed as one of the 32 million people who used the cheating website Ashley Madison.

He later apologized in a statement saying, "I have been the biggest hypocrite ever."

Actor Charlie Sheen, 50, volunteered some personal news this year, admitting he was HIV-positive on NBC's "Today" show last month. Sheen told NBC's Matt Lauer he was unsure how he contracted the virus.

A young life ended tragically this year when Bobbi Kristina Brown, daughter of Whitney Houston and Bobby Brown, died six months after being found unresponsive in her Atlanta home.

"Bobbi Kristina Brown passed away Sunday, July, 26 2015, surrounded by her family," a family statement said. "She is finally at peace in the arms of God. We want to again thank everyone for their tremendous amount of love and support during these last few months." She was 22 years old.

May the force be with you

As for the good news? The "Star Wars" franchise returns to theaters this year with "The Force Awakens" -- literally awakening the force of millions of serious fans.

The movie is set to hit theaters December 18.