What a Fed rate hike means for you 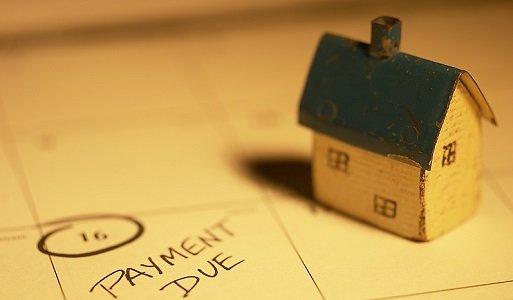 The Federal Reserve is widely expected to raise its key interest rate Wednesday for the first time in nearly a decade.

Millions of Americans will be affected as rates go up. If you have a credit card or savings account, invest in a 401(k) or in the markets, or want to buy a home or car, now's the time to pay attention.

The Fed slashed interest rates to zero in December 2008 to stimulate the economy and boost the housing market during the depths of the Great Recession.

A rate hike "will be a testament...to how far our economy has come in recovering from the effects of the financial crisis and the Great Recession," Fed Chair Janet Yellen said in a recent speech.

Still, it won't be a game changer overnight. Rates are expected to go up at a slow, gradual pace.

Here's what you need to know about how the Fed's action will affect you.

If you're in the market for a home or a car, you don't need to rush and get it done tomorrow. But it's a good time to pay attention and start preparing to take the big decisions.

Interest rates are low but are slowly expected to start climbing next year.

The Fed determines the target rate for very short-term debt. But it also influences interest rates on credit cards, car loans and even long-term debt like mortgages.

None of the impact will happen overnight, experts say.

"Rates are pretty low and they're not going to change much," in the short term, says Dean Croushore, a University of Richmond professor and former Fed economist.

Ten years ago mortgage rates were near 6.3% and 20 years ago 7.2%, according to the St. Louis Fed. So yes, rates will likely be higher in a year but still low when compared to historical averages.

2. Savers see light at the end of the tunnel

Savers may not get to rejoice right away either, but there's hope for the future.

If you put money in your savings account or have certificates of deposit, you earned almost zero interest in the last seven years. That will begin to change over the next couple years, even if it's slow. Big banks won't start offering higher interest on savers' deposits immediately, experts say.

Still, the Fed's first rate hike will be a step in the right direction. It means there will likely be more increases in the near future (the next 1-2 years), and that eventually will mean higher interest income on your deposits. Bottom line for savers: it's good news, but you need to be patient.

If you invest at all in stocks and bonds -- even if you just have a 401(k) -- a Fed rate hike will be important to you and your portfolio.

It could trigger volatility in stock and bond markets, which are already on a roller coaster ride. Just last week, U.S. stocks had their worst week in months.

And there's plenty of other factors that are already concerning investors: falling oil prices, China's continued economic slowdown and actions from other central banks around the world.

Most other banks, like the European Central Bank, are moving in the opposite direction and cutting interest rates. China's central bank cut rates in October too.

4. Dollar could gain versus global currencies

The divergence between interest rates in America versus other countries is expected to cause the U.S. dollar to become stronger.

That's great news for world travelers, but it would hurt all types of U.S. companies that sell products abroad.

Also some investors are pulling their money out of global investments parking it in the U.S. -- higher rates make assets priced in dollars more attractive.

Others are getting out of emerging markets like Turkey and Brazil. Those countries sometimes borrow loans that have to be paid in U.S. dollars.

Once the dollar's value rises, those loans get more expensive and difficult to pay back. It creates financial stress and can lead to default and ultimately hurt the broader economy.

It's already been a bad year for many developing nations. The MSCI Emerging Market Index, which captures stock market performance, is down nearly 20% so far this year.

So just be ready for a bumpy ride in the global markets.

5. Can the global economy get back on track?

The Fed's actions have huge implications for the global economy.

The Unites States is linked more than ever before to major players around the world. China's slowdown has hurt other emerging markets. Japan is barely growing. Europe is struggling with low economic growth too. It's been a rough year for emerging markets across the board.

To varying degrees, all that weighs on the U.S. economy and the Fed.

The concern is that the Fed's rate hike can cause a boomerang effect: (1) the Fed raises rates, (2) that hurts other economies even more, and then (3) economic woes in developing countries eventually hurt U.S. trade and economic growth.

The U.S. manufacturing sector has already shrunk as a result of the weak global economy and strong U.S. dollar.

The U.S. economy has made lots of progress since the recession, but it's still not at the finish line, some say.

"We've come a long way from the depths of the recession, but we're still not quite back to where we'd like to be," says Croushore, the former Fed economist.