Williams' victory has irked those who think American Pharoah should win 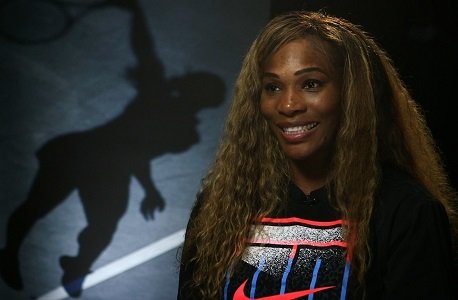 (CNN) — It was supposed to be a landmark moment in Serena Williams' stellar career: Being crowned Sports Illustrated's Sportsperson of the Year.

But the somewhat begrudging reaction to the 34-year-old's accolade bears witness to America's complicated attitude towards gender and racial equality, according to one horse racing expert.

Williams became the first black woman to win the prestigious award after trumping an unlikely rival to the prize -- thoroughbred racehorse American Pharoah.

Both have an impressive pedigree in 2015.

But there is simmering resentment that despite attracting 47% of the vote in a SI's readers' poll on who should win, Ahmed Zayat's colt was overlooked for the award itself.

The readers' poll has no bearing on the actual award, but is mostly a way of encouraging reader participation in the process.

But respected British racing journalist and broadcaster Brough Scott is in no doubt the right recipient has been chosen, telling CNN: "I don't think there is any comparison between the two.

"The poll is fascinating -- if that is how Americans are reacting, that is something of a wider discussion about society. It is about their attitudes to race and female emancipation -- I don't see how you could view it any other way."

"There has been an anti-Serena element because she didn't fit the stereotype of the old-fashioned, elegant white female tennis player," added Scott.

"She was big and muscular and black. Let's be candid about it, there's been plenty of that sort of unspoken prejudice against Serena, I'd have thought, over the years."

Williams said she was "beyond honored" to become only the third individual female winner in the award's 61-year history, saying it offered "hope to continue on and do better."

But while her delight was obvious, frustration from fans of the four-legged fraternity was equally evident.

No racehorse had completed a Triple Crown victory in 37 years and American Pharoah followed that up by winning the $5 million Breeders' Cup in the final race of his career.

One Twitter user wrote: "American Pharoah overwhelmingly won online poll and yet you pick someone else? What a joke."

Brian Zipse, editor of Horse Racing Nation, claimed SI had an "agenda" while the horse's jockey Victor Espinoza called it a "sham." Zayat was not immediately available for comment when contacted by CNN.

The magazine's editor Christian Stone explained part of its decision to honor Williams lay in "the grayer, less comfortable ether, where issues such as race and femininity collide with the games."

Williams' decision to end a 14-year exile at the Indian Wells tournament after claiming she suffered racist abuse in 2001 proved her "a conciliator seeking to raise the level of discourse about hard questions," said Stone.