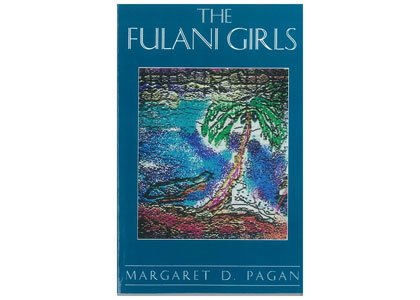 Baltimore Christian Author Margaret D. Pagan’s book, “The Fulani Girls,” was announced the winner of the Henri and Readers' Choice Awards (Youth & Young Adult category), earlier this month at the 2015 Christian Literary Awards in Frisco, Texas. Set in pre-revolutionary New York City, The Fulani Girls tells the story of teenage sisters, taken from their home in Nigeria, by slavers in 1778, who were separated upon their arrival in America. The book follows their individual struggles from slavery to freedom and their quest to find each other and rebuild their lives together in America.

“I am ecstatic that my story of two enslaved teenagers who found their way to freedom resonated with readers,” said Pagan. “It’s rewarding to know that stories of African-American history are being appreciated by young adults.”

Joy A. Lewis, President of Joy & Company, along with Rosemary Legrand began a book club in 2002, which eventually led to book reviews on radio and TV, and ultimately this year’s 5th annual Christian Literary Awards. Through this and other events, they honor authors and individuals who have contributed to the literary community.

“Margaret D. Pagan’s book is a wonderful example of a great story that combines an important historical story with a strong Christian message,” says Lewis. “The judges clearly selected The Fulani Girls over other competitors for the Henri Award. In addition she won the most votes in the Youth and Young Adult category.”

Margaret D. Pagan began her writing career submitting commentaries to the Baltimore Sun during the 1980s. She also wrote freelance articles for a variety of genealogical journals, and had a brief stint with the then Metropolitan and Travis Winkey magazines.

Her interest in African American history began after she learned that her father, who had served in WWII, fought in a segregated army. When she became a Christian, she combined her faith and her love of African American history in her two novels, More Than A Slave: The Life of Katherine Ferguson (2003), and The Fulani Girls (2007). Pagan is a graduate of Morgan State University, an adjunct professor at Baltimore City Community College where she taught business writing, and the immediate past-President of The Black Writers’ Guild of Maryland.

To learn more about Margaret D. Pagan and The Fulani Girls, visit: