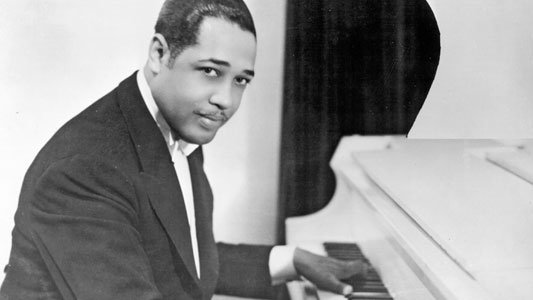 The music of Duke Ellington will be featured, and engineer and inventor Elijah McCoy will be recognized during the Baltimore Symphony Orchestra's Black History Month concert on Saturday, February 21, 2015 at the Meyerhoff. (Photo Credit: Biography.com)

BALTIMORE — While Baltimore area organizations, museums and other cultural institutions have detailed their various plans to celebrate Black History Month, the Baltimore Symphony Orchestra certainly will not be outdone.

Internationally recognized as having achieved a preeminent place among the world’s most important orchestras, the BSO through its family series program will honor African-American innovators at the Meyerhoff Symphony Hall in Baltimore on Saturday, February 21, 2015 at 11 a.m.

“The family series is one of the Baltimore Symphony Orchestra’s longest running and this program to celebrate African-American history will be an interactive concert to engage children and family members by using classical music as the centerpiece,” said Annemarie Guzy, BSO’s director of education. “There will be lots of fun, lots of themes and this year we will look at Duke Ellington and Elijah McCoy, the inventor and engineer who helped facilitate train travel and we will look at how it came to be that his name was the reason for the saying, ‘The real McCoy.’”

The Black History Month celebratory event will feature the music of Duke Ellington, the famed composer, pianist and bandleader; and Heitor Villa-Lobos, the Brazilian composer and one of the foremost Latin-American composers of the 20th century.

Guzy says the Baltimore City College Choir, led by its director Marcus Smith, will lend their voices for a collection of African-American spirituals, honoring the impact of innovation on history. Entertainer Shannan E. Johnson has been picked to serve as narrator and BSO’s associate conductor for education and director of BSO’s Youth Orchestras Ken Lam will conduct the event.

The 2011 Memphis International Conducting Competition winner, Lam made his American professional debut with the National Symphony Orchestra at the Kennedy Center in 2008 as one of four conductors selected by Leonard Slatkin.

“The program will be so much fun and the narrator will weave through the spirituals and help connect the audience to the music,” Guzy said. “We will also touch on the Harlem Renaissance and the writers and composers of that time and we will pair that with break dancing, so that is exciting.”

A break dancing workshop will be held in the lobby of the Meyerhoff before the concert, according to Guzy. Plenty of research went into planning the program because organizers wanted to be sure to present an interactive and memorable celebration event.

The National Great Blacks in Wax Museum will provide figures from its collections and activities such as face painting will also be available for children.

“We definitely do intend to keep it as engaging as possible,” Guzy said. “We’ve really been working to energize and create the most meaningful and relevant concert possible for our families and I’m confident that everyone will have a fantastic time.”

Tickets start at $29 and are available through the BSO Ticket Office. For tickets or more information, call 410-783-8000 or visit: BSOmusic.org.