How did Beck beat out Beyonce? 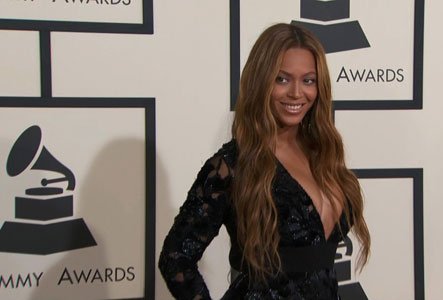 Beyonce on the red carpet at the 57th Annual GRAMMY Awards in Los Angeles on Sunday, February 8, 2015. (Pool photo)

(CNN) — No, Beck, you're not a loser. But some people think you should have been.

The announcement, by presenter Prince, seemed to stun the audience and even Beck himself. Kanye West briefly crashed the stage in what appeared to be mock protest but then said Beck "should've given his award to Beyonce." Beck later said he expected Beyonce to win.

On social media, some younger people were even wondering aloud: Um, who is Beck?

Here's why the scruffy singer-songwriter's upset win was so surprising -- and why it wasn't:

Released in February 2014, "Morning Phase" got strong reviews but quickly sank off the charts. None of its singles got mainstream radio play. Billboard ranked it as the 60th top-selling album of the year -- behind Mary J. Blige's Christmas album.

While critics praised the record's melancholy beauty, some saw it as a sequel of sorts to his 2002 album "Sea Change" and not a groundbreaking artistic statement.

But all the Grammy love -- "Morning Phase" also won best rock album -- has sparked renewed interest in an artist many may have forgotten. According to Spotify, streams of Beck's music have increased 388% since the Grammys.

He hasn't been a commercial force for two decades

Critics and alternative-music fans have long admired Beck's obvious talents -- he can play almost any musical instrument -- and his experimental blends of folk, rock, blues, hip-hop and psychedelia. But his cultural relevance seemed to be fading by the late '90s.

"The most complete album of the bunch is 'Morning Phase,' " wrote Bay Area music critic Jim Harrington in making his 2015 Grammy predictions, "yet it feels 10 to 15 years too late to hand this trophy to Beck."

Beyonce is a global icon in her prime

The most-nominated woman in Grammy history, Beyonce is much more than a photogenic pop icon with strong pipes and a famous husband. She makes great music.

Released without warning in December 2013, "Beyonce" was a bold, personal statement about love, sex and the challenges of a monogamous relationship. It was the No. 2 top-selling record of the year and drew widespread critical acclaim for its dark, intimate themes and accompanying videos.

The Grammys often reward strong album sales, and most prognosticators thought Beyonce was overdue to claim her first album-of-the-year prize. A win by Smith in this category would not have been a surprise, either.

The Grammys have a history of surprises

The National Academy of Recording Arts and Sciences, who vote on the Grammys, are an unpredictable bunch.

The academy declines to release a breakdown of its 13,000 voter-eligible members by age, race or gender. But like the group that votes on the Oscars, the Recording Academy is seen by some critics as being old and out of touch with edgier contemporary music, especially when it comes to rap and hip hop.

In 2005, they snubbed Kanye West's "College Dropout" and Green Day's "American Idiot" and handed album of the year to "Genius Loves Company," a collection of duets between blues legend Ray Charles and other singers. It was a sentimental choice; Charles had died the previous year.