NFL tight end Benjamin Watson is a Christian, husband and father who shares his thoughts about life on social media 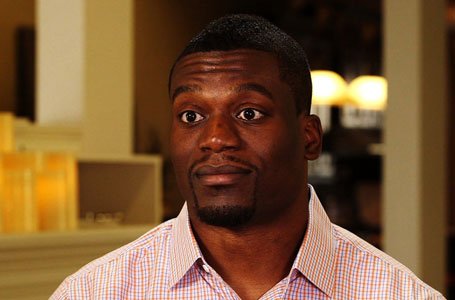 NFL tight end Benjamin Watson is a Christian, husband and father who shares his thoughts about life on social media with CNN. He believes if we can talk about race more freely, the nation can move forward. (Photo/CNN)

(CNN) — NFL Player Benjamin Watson wants to tackle race. He says he believes talking about race freely is the key to moving forward.

On November 25, 2014, the tight end took to Facebook to express his thoughts about the unrest in Ferguson, Missouri. His message went viral with nearly 870,000 likes and more than 450,000 shares.

Watson's take on the situation in Ferguson wasn't one-sided. The essay allowed a more fresh approach to one of the most delicate conversations in the U.S.: race relations.

"Anytime there's a situation where you've got police officers, you've got citizens, you've got the race aspect of it -- it's always a big deal. And everybody comes in on their own side. Everybody has specific experiences that lead them to their conclusions." says Watson. "I really think part of the race issue is just for us to be open and honest with each other."

Watson ended his post by turning to the Bible. He mentioned that situations like Ferguson stem from a "sin" problem rather than a "skin" problem. However, in his Facebook post, he felt encouraged because he feels the Gospel provides hope:

BUT I'M ENCOURAGED because God has provided a solution for sin through the His son Jesus and with it, a transformed heart and mind. One that's capable of looking past the outward and seeing what's truly important in every human being. The cure for the Michael Brown, Trayvon Martin, Tamir Rice and Eric Garner tragedies is not education or exposure. It's the Gospel. So, finally, I'M ENCOURAGED because the Gospel gives mankind hope.

The reaction to Watson's post was mostly positive. But he drew some backlash when he suggested a faith-based solution to the nation's race problems.

But his wife, Kirsten Watson, agreed with him wholeheartedly.

"His comment is based in truth. His emotions are his emotions, so that's how he felt about it and that's his perspective and I don't think that can be argued," she said.

Who is Benjamin Watson?

Benjamin Watson received national attention when his Facebook post on the Ferguson situation went viral. But if you aren't a diehard football fan, you may not be familiar with No. 82 of the New Orleans Saints.

Watson entered the league when he was drafted by the New England Patriots in 2004. Six years later, he signed with the Cleveland Browns. He joined the "Who Dat Nation" in 2013.

Watson shared his Christian beliefs while expressing how upset he was about the fatal shooting of Michael Brown. Some may have been surprised about the amount of transparency the NFL player displayed.