Stevie Wonder tribute may have been better than Grammys

"Songs in the Key of Life: An All-Star Grammy Salute" aired Monday 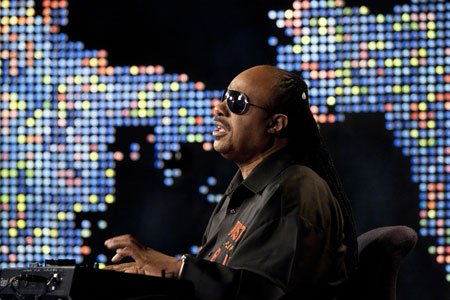 (CNN) — It was a big night for one of music's biggest stars.

"Songs in the Key of Life: An All-Star Grammy Salute" aired Monday on CBS, and some of music's biggest stars turned it up and out for the legendary Stevie Wonder.

Performers including Beyonce, Ed Sheeran, Lady Gaga, Ariana Grande, Pharrell, Tony Bennett and The Band Perry paid homage to the singer/songwriter and his immense music catalog during the show, which was taped last week in Los Angeles.

Newly engaged Gaga played the piano and performed a spirited version of "I Wish" after sharing that Wonder's album was the first she ever played on her own as a child.

The "All-Star Grammy Salute" began last year with "The Beatles: The Night That Changed America." Wonder is launching the second leg of his "Songs in the Key of Life" tour on March 17.