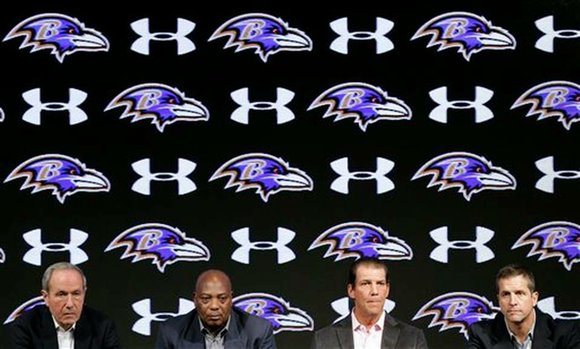 BALTIMORE — “WE will exhaust every avenue that we have to use and to get as much cap flexibility as we can, so that I can, hopefully, have us set up to move toward the draft with the best football team that we can have.”

Those are the words that Ozzie Newsome used to start the annual State of the Ravens press conference. The fact that the first thing that was mentioned was creating cap flexibility tells just how big of an issue the team is having. The Ravens have spent quite a large figure in each of the past two years. In 2013, the Ravens spend $125.7 million and in 2014 they spent $126.5 million.

The Ravens have two very large contracts that will require some attention if the team is going to retain some of their own players that are set to become free agents. As Ravens owner Steve Bisciotti said, “Ozzie’s job is to negotiate the nuances of those contracts that allow us to get some cap relief and give Haloti a chance to stay here.”

Bisciotti identified Ngata as being right in line with the past Ravens great such as Ed Reed, Ray Lewis, and Terrell Suggs. Granted, Reed was able to move on to a new franchise unlike Lewis and Suggs for the time being.

Halite Ngata’s contract calls for him to have a cap number as high as $16 million. He is in the final year of his contract and could become a free agent in 2016. If he does hit the open market, there will surely be some teams that will pay a premium for one of the elite interior defenders in the NFL. Ngata was one of the Raven’s leaders in interceptions with two and he was constantly getting pressure on the quarterback last year.

Ladarius Webb is also a player whose contract needs some special attention. He was a solid starter for most of the season, but he fight through nagging back injury that hampered him all year. The Ravens have been actively interviewing draft prospects who are small corners that can cover the slot. It is very likely that one of the small guys is selected in the draft. Webb is still likely to be a Raven next year because they only said $2 million if they release him.

The free agency period is right around the corner so the Ravens will need to get the Ngata and Webb deals redone. Otherwise, there really isn't much that they can do regarding their own free agents. The most notable free agent to be would be Torrey Smith.

It is clear that Torrey Smith is a speedy receiver which teams covet. The Ravens understand that there might be someone out there that falls in love with Torrey and offers him a large sum of money. “The difference between what we can pay Torrey and what he gets on the open market … Mike Wallace got $10 million.” Biscioti continued: “O don’t think anybody thinks that was a good deal. There’s always a team that has lots of money that wants to bring in play-makers, and those guys are going to get those deals, and we’re just going to have to take it on the chin and move on.”