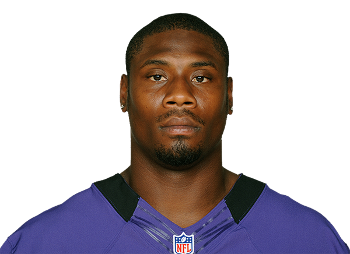 An eight-year NFL veteran, Jones spent three seasons (2012-14) with the Ravens, earning Pro Bowl honors during the team’s 2012 Super Bowl campaign. In 44 games with Baltimore, he produced a 30.1-yard career kickoff return average, a mark that ranks No. 1 in franchise history. Jones also posted four regular season KOR-TDs and one playoff KOR-TD as a Raven, three of which covered 108 yards (tied for the second-longest KOR-TDs in NFL history).

“We don’t win Super Bowl XLVII without Jacoby,” Newsome stated. “You immediately think of the touchdown against Denver in the Divisional round and then the big plays in that Super Bowl – the long touchdown from Joe [Flacco] and the [108-yard] kickoff to open the second half. He also had a big punt return in that game. Jacoby was an outstanding Raven and a good teammate on and off the field.

“We think he can still play in the NFL, and releasing him now allows him a better opportunity to land with another team.”

Jones also registered a 9.9-yard punt return average while in Baltimore, scoring once on a 63-yard scamper in 2012. In all, he posted six total kick return touchdowns while with the Ravens. Jones also caught 76 passes for 992 yards (13.1 avg.) and three touchdowns in regular season play over the past three years.

“We thank Jacoby for what he did for us,” head coach John Harbaugh stated. “You think of how many games where his returns or long catches were the difference in winning – at Pittsburgh, Dallas, the 2012 playoff run to the championships and that great Minnesota game in the snow and ice at M&T Bank Stadium come to mind immediately. He was invaluable to our success. Opponents, especially on special teams, schemed to stop him. What a compliment to him.

“Jacoby is one of my most favorite players ever to coach, an absolute joy to be around. He’s a good person with a good heart.”