Life in Baltimore: Highlighting organizations with a history of 40 or more years 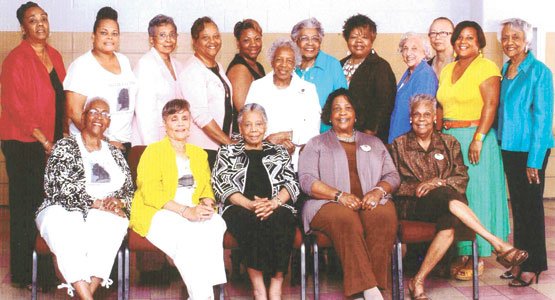 Members of Women Behind the Community (WO-BE-CO)

Among the many organizations in Baltimore with an extensive history, the Guardsmen, Women Behind the Community, Inc (WO-BE-CO), and the DuBois Circle stand out as real treasures.

In 1933, several young men most of whom were graduates of Howard University, Lincoln University, and Morgan State (College) University began the Guardsmen in Brooklyn, New York. In 1934 a second chapter was established in Baltimore by the Brooklyn members who were friends of the new inductees. The Guardsmen’s objective was to form an organization of black men to foster social programs that would include their wives and significant others. Their program was designed for socializing, networking and community service.

Later chapters were established in Philadelphia, Washington, D.C. and Richmond. This association of men has grown from Massachusetts to Florida and west to Los Angeles, California. Currently, there are eighteen chapters. Each chapter hosts three extravagant weekends a year to gather across the country or outside the continental United States. The Guardsmen also sponsor local events.

Women Behind the Community, Incorporated was founded in 1968 as an adjunct to Baltimore’s chapter of the Congress of Racial Equality (CORE). It was originally known as Women Behind CORE founded by Cardrienne and James Griffin. About a year after the group’s inception, CORE slowed its activities locally and nationally and the club’s services were no longer needed.

Recognizing that there were many unmet needs among African Americans in the Baltimore Metropolitan area, the members felt this viable organization should continue. It changed its name to Women Behind the Community (WO-BE-CO) and was incorporated in 1969.

The mission of Women Behind the Community Inc. is to promote the well-being of Baltimore residents through constructive programs and projects. The objectives are to provide services to the community such as political, cultural and educational programs; to provide financial assistance toward civic projects; and provide and lend personal services to families and schools.

Through the years, WO-BE-CO has exemplified dedicated service to many deserving communities. They have assisted students by providing monetary gifts and clothing for school; volunteered in hospital and gift shops; sponsored numerous voter registration forums; volunteered for political campaigns; sent care packages to Liberia, West Africa and Tutmiller, Mississippi; and donated time and supplies to the Women’s Housing Coalition. During the 2012 election year, WO-BE-CO sponsored two public forums; Voter Suppression and Voter Education as well as voter registration campaigns. Last year, WO-BE-CO partnered with the American Institute for Urban Psychological Studies, Inc. to host a conference, “Spotlight On Depression” held at the Baltimore Convention Center, which was open to the public.

WO-BE-CO has donated over 2,000 new books to elementary schools and read to students during special observances at least twice yearly. In addition, the club has a mentoring program for fourth grade girls at Edgewood Elementary School. The organization supports many community projects such as Mrs. Santa, Orchkids, the Lyric Opera Camp and the Maryland Food Bank.

Currently, WO-BE-CO proudly operates the Dressing Room, a clothing resource for women entering or re-entering the workforce. The services are available at no charge and by referral to women who have completed job-training programs and are seeking employment. While members of WO-BE-CO volunteer time and service to the Dressing Room, they do acknowledge that they are only able to provide this community service because of donations from generous supporters.