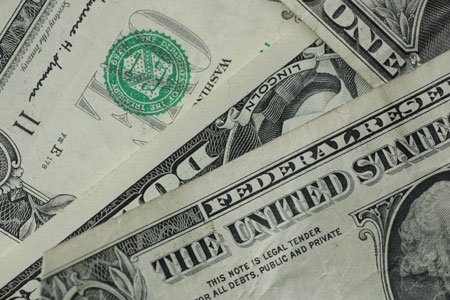 On January 1, 2015, approximately 77,000 Maryland workers will get a raise as the minimum wage in the state rises 75 cents to eight dollars per hour. An additional 94,000 workers will be indirectly affected, as higher wages at the bottom of pay scale will push up salaries for those who earn slightly more than the minimum. January’s raise affects 6.5 percent of Maryland’s workforce, creating $84 million in increased wages for the state’s lowest paid workers and will boost consumer spending by $55 million according to research from the Economic Policy Institute. Workers will get an additional 25 cents per hour on July 1, 2015 as the state’s minimum wage eventually rises to $10.10 per hour by 2018.

“Workers, families and businesses across the state will immediately benefit from the raise in the minimum wage. That’s a win for all of us,” said Charly Carter, executive director of Maryland Working Families, the organization behind the successful Raise Maryland campaign, which lobbied for two years for the higher wage. “At the same time, we recognize that affected workers will not earn the full $10.10 until more than three years from now and that tipped workers will not benefit from this increase because legislators froze their wages at $3.63 per hour. That’s why our legislative agenda for the coming session includes measures like establishing paid sick days and other proposals that will make families more economically secure and able to flourish.”

In addition to Maryland, 19 others states and the District of Columbia will raise their minimum wages, lifting the pay of over 4.4 million workers throughout the country. In Arizona, Colorado, Florida, Missouri, Montana, New Jersey, Ohio, Oregon and Washington, wages will rise as a result of legislation that indexes the minimum wage to inflation so that each year the minimum is automatically increased to account for rising prices. Increases in the other 11 states, plus the District, are the result of changes to minimum wage laws— either legislation passed by state lawmakers or referenda passed directly by voters at the ballot box. Later in the year, another 500,000 workers in Delaware and Minnesota will also get a raise as legislated increases take effect there. In total, these increases will provide workers with $2.5 billion in additional wages over the course of the year.

The phase-in date was moved from July 1, 2016 to July 1, 2018. A proposal to index the minimum wage so that it would rise during to keep pace with the cost of living was amended out of the bill. Wages for tipped workers were frozen by the House at $3.63 per hour, a measure sought by the restaurant industry. Advocates beat back a broad training wage proposal but a narrower measure was established, allowing employers to pay workers 19 and under a sub-minimum wage of 85 percent of the minimum wage for the first six months of employment. Restaurants with a gross income of $400,000 are exempted from the higher rate, up from the previous amount of $250,000. Finally, an exemption for amusement parks will permit employers to pay workers 85 percent of the state minimum wage.