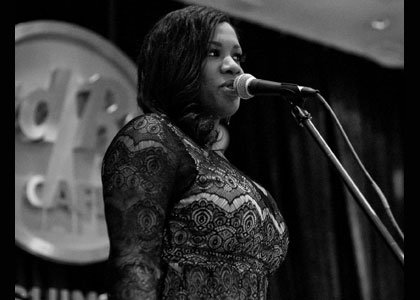 The 90’s featured some of the hottest soul music ever. When you turned on the radio there was something for everyone: hip-hop, jazz, blues, and slow jams. It was the decade of the female music artist with girl group TLC, Anita Baker, SWV, and Chante Moore topping the charts. Back in 1994 a young woman exploded on the scene with the classic quiet storm songs like “Hold On” and “Through the Rain.” She was from the DMV area, Washington DC, to be exact, and she was just a mere teenager, with a powerful voice and sound. The singer was Tanya Blount.

“Singing was just something I enjoyed doing. It was a very good time and I had no idea the journey I was going to go on at the time. But I really enjoyed and learned so much from that experience, it did take me by surprise” says Blount.

At the time as the record as taking off, Tanya was attending Morgan State University. “I had to take time out from Morgan because of the music and other offers that were coming” adds Blount. Those offers included starring in the movie Sister Act 2, with Whoopi Goldberg and Lauryn Hill. “We had so much fun on that set. I was blessed to being able to do be in front of the camera, to work with Mrs. Goldberg and Lauryn. It was absolutely exciting.”

That movie showcased one of the most memorable scenes, “His Eye Is On The Sparrow” which she song along with Hill and has garnered over 13 Million views on Youtube. Tanya went on from there to work in the music business with the likes of Sean “Puff-Daddy” Combs and many others. Tanya states,“ I can’t complain, I have no bad things to say. I learned so much from everyone I worked with. I don’t have any horror stories about the music business.”

So what happened? “Life happened,” she says. “I stepped back and I knew there was more. I was searching for something more on a spiritual level. I wanted to better my relationship with God and dedicate myself to Him.” In that time, Blount allowed God to work on her, to be an example to help mentor others by making herself available for those who wanted to hear her message. “To give of myself and to do God’s will is this most gratifying thing.”

Blount says she is at peace with her life and the decisions she made on her journey. The joy is clear on her face when she talks about her husband, Michael Trotter Jr., and the new music they are making with their group, The War and Treaty, is priceless. Says Blount, “I am truly blessed and satisfied, with no regrets.”