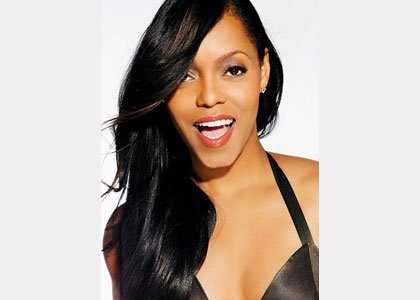 BALTIMORE — A community event to celebrate the resiliency of women in the music industry and the importance of arts education will take place Saturday, January 24, 2015 at the Eubie Blake Center located at 847 North Howard Street in Baltimore from 3 p.m. to 6 p.m. Featured will be former front women of prominent bands with international acclaim Navasha Daya (Fertile Ground); N'dea Davenport (Brand New Heavies), both of whom have garnered international acclaim as solo artists. This family friendly event is open to all ages and is free.

Navasha Daya’s Iwa Pele Music Series provides an exciting opportunity for children and youth from at-risk communities throughout Baltimore City and beyond to engage and learn from professional performing artists. Through this event and throughout the series issues related to equitable access to the arts for Baltimore’s most disenfranchised youth will be explored.

As a professional performance artist who calls Baltimore home, Daya notes that there are limited opportunities for children and families from at-risk neighborhoods to interact with professional artists. She also recognizes that there are even fewer opportunities for women in the music industry to share insight about the role that women play as artists, musicians, producers and businesswomen in the Baltimore area. Through dialogue and a special workshop with young artists living in Baltimore public housing led by N’dea Davenport, the aforementioned issues will be addressed.