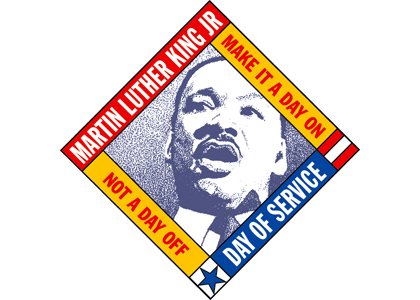 (NNPA) — The 2015 Martin Luther King, Jr. National Holiday should have a different impact on the collective consciousness of black America. Why? Because once again there are millions of black Americans who are more determined than ever to keep pushing forward to achieve full freedom, justice, equality and empowerment. The historic methodology, style and substance of Dr. King’s leadership, needs to be reclaimed by those with the heavy responsibility to lead.

By re-embracing Dr. King’s prophetic activism and mobilization genius, I believe black American leaders of national organizations will be effective in countering the backward drift of voter suppression, racism, violence and hopelessness. The tone set in the King Holiday ceremonies this year should focus on achieving equality and economic empowerment for all.

Martin Luther King, Jr. was a strong, visionary, mesmerizing leader. He used nonviolent civil disobedience as an effective strategy. He challenged injustice everywhere while generating enough political capital that led to the enactment of the 1964 Civil Rights Act and the 1965 Voting Rights Act. Shortly before King’s assassination in April 1968, he was clear about the need to secure economic justice en route to becoming what he called the “Beloved Community.”

Over the past year, there have been numerous demonstrations across the nation demanding racial justice in the wake of police killing of Michael Brown, Eric Garner, Tamir Rice and Rumain Brisbon. It was a positive sign of progress to witness street protests that, in the spirit of Dr. King, transcended race and class. All forms of injustice must be opposed. It was Dr. King who reminded us that, “an injustice anywhere is a threat to justice everywhere.”

As was the case in the past, young people today are only less prejudiced than their parents and preceding generations. Even so, emerging young leaders are not relenting— they are pushing forward with renewed energy, conviction and vigor. In fact, we should not forget that Martin Luther King was only 26 years old in 1955 when he became the primary spokesman for the nascent Montgomery Bus Boycott Movement.

Many campaigning for public office are looking beyond MLK Day to the 2016 U.S. presidential race. Our challenge is to make sure the quest for equality and justice does not get placated by the politics of expediency. In other words, the momentum to transform America evident in 2014 should not be allowed to dissipate over the next year.

Now that the U.S. economy continues to rebound, efforts to end poverty in our communities should be significantly increased. Interestingly, those who opposed President Barack Obama blamed him for things that were already bad when he assumed office. And now that the economy has improved, they refuse to give him credit for the recovery.

As we prepare to celebrate the birthday of Dr. Martin Luther King, Jr., we should remember he concluded that economic justice was also a key civil rights issue. Two weeks before Dr. King was murdered, he addressed a rally in Memphis of American Federation of State, County and Municipal Employees (AFSCME). King stated, “Now our struggle is for genuine equality, which means economic equality……. For we know now that it isn’t enough to integrate lunch counters. What does it profit a man to be able to eat at an integrated lunch counter if he doesn’t have enough money to buy a hamburger?”

Dr. King was on point.

Today, the struggle is not just about having more money to buy something.

It is about knowing how to more effectively invest and spend the $1.1 trillion that Black Americans are expected to spend annually by 2015. It is about owning more businesses in our communities. In the tradition of Dr. King, we have to wisely leverage our huge consumer power.

We are grateful that the legacy of Dr. King’s leadership continues to be vibrant and relevant to the advancement of the cause of freedom and justice. We, therefore, face the future with a stronger confidence that we still shall overcome, largely by reclaiming Dr. King’s legacy.

Benjamin F. Chavis, Jr. is the President and CEO of the National Newspaper Publishers Association (NNPA). He can be reached at: dr.bchavis@nnpa.org.