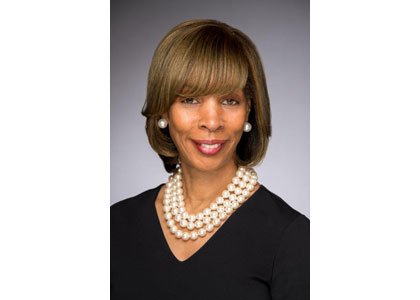 Senator Catherine E. Pugh, Majority Leader of the Maryland Senate joined First Lady Michelle Obama in her box, as a special guest during President Barack Obama’s 2015 State of the Union Address at the Capitol in Washington, D.C.

Guests are selected from a group of individuals that demonstrate the ideals of the President and the themes he lays out during his address. The White House created a page for Senator Pugh, which is located at http://www.whitehouse.gov/blog/2015/01/19/meet-state-senator-catherine-pugh-guest-first-lady-state-union.

For nearly thirty years, guests have been invited by the First Lady to sit in her viewing box as she, the Second Lady, members of Congress and the entire United States watch the President deliver the State of the Union address.

“I am so humbled to be included among the guest who will sit with the First Lady in her box, “said Senator Pugh. “The fight for working families is important for our state and important for our nation that is why I am proud to reintroduce the paid sick leave legislation, titled The Healthy Working Families Act. I also want to thank Melissa Broome and the Jobs Opportunities Task Force who have helped me carry this banner over the years.

Senator Catherine Pugh isn't just Maryland's Senate Majority Leader, she is also a small business owner who knows first-hand how important it is that employers take care of their employees. She has passed over 100 bills since being elected in 1999, and she's been a tireless advocate on behalf of working families.

A believer that workers should never have to choose between taking care of their families and going to work, Senator Pugh recently introduced the "Healthy Working Families Act," legislation that would provide Maryland workers with earned paid sick leave. She also worked with Maryland's Women Caucus on a minimum wage increase to $10.10, making a difference in the lives of families across Maryland.