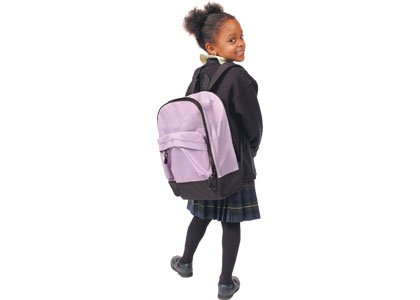 Recently a teacher used class time to wash, comb and style the hair of a student who frequently came to school with a matted, lint filled mane. Following her good grooming lesson, the teacher proudly posted before and after photographs of the third grader on Facebook. She commented that the child, who was withdrawn and rarely spoke up in class, has shown signs of self-confidence and engagement. The teacher’s decision to groom the girl’s hair sparked heated debate on whether she overstepped her role as an educator.

While most people sided with the teacher, her actions chide us to further consider if there is a link between good grooming and good grades. At first glance it may seem shallow to attribute academic success to a student’s hairstyle, clothing or shoes. However in my observation, children who come to class neat and well cared for, have a better school experience. I am not saying a new dress and a fresh hairdo is a surefire route to better grades. Nevertheless, something as superficial as a child’s appearance can be one of the factors that contribute to a student’s capacity for success.

Anyone who questions the clothing/ learning connection should consider the long, storied history of school uniforms. Education blogger Reshu Mehrotra writes, “When a student dons a school uniform, he/she is ushered into an environment which encourages learning and teaches the value of harmony and equality among every classmate. In many countries uniforms are used to blend the students irrespective of their caste, color, creed and status. In a way, mandatory uniforms are beneficial because children are not condemned for their status nor face teasing over petty issues.”

Britain, an empire, which at one time ruled over most of the world is credited with initiating and proliferating policies that mandated school uniforms. “Uniforms were first worn by orphan children who represented the lower class, then slowly found its way to the [upper classes]” says Mehrotra. “The idea behind standardized dress started in Cambridge around the 16th century. Even though it was met with great opposition by students, school uniform gradually became a status symbol.”

The 1920s were the golden age of English school uniforms. Mehrotra says “A typical uniform had a blazer, shirt, short pants, knee socks, flat heeled shoes and a cap for boys. The boys wore caps decorated with school emblems and dark solid colored blazers. The boys also donned plain colored shirts with ties, belts and short pants. The girls on the other hand wore gymslips a form of dress, which had skirts embedded with shirts. The colors used for the dress were generally in darker shades. Girls, too, had to wear knee length socks and flat heeled shoes.”

Across the pond in America, school uniforms were the exclusive domain of elite private schools until public schools introduced their use as a way to stem violence among students fighting over expensive designer clothes, professional sports wear and athletic shoes. New school uniform guidelines and policies were implemented in 1979 by President Bill Clinton who wanted to stop gang warfare over clothing.

Statistically, reports indicate “only 25 percent of primary schools and around 10 percent of secondary schools in the United States have strictly implemented the uniform policy.”

Although policies requiring students to wear uniforms have not been widely adopted, there are basic dress codes coming into practice. In some public schools, boys must wear trousers, button down shirts, turtleneck, and sweaters; upper schools may require sports coats and ties. After years when students could wear almost anything to class, it is not unusual for girls to be required don skirts of a length determined by the school. Leggings may be allowed but with skirts; shoes with heels may be banned.

The jury is still out on whether school uniforms stem violence, eliminate distractions or level the playing field for students of various economic backgrounds. Clearly, clothing choice should not play a prominent role in grade school education. Yet, the reality says otherwise. The merit of school uniforms is “one of the most debated topics among parents and educators.” Some critics are adamant that uniforms have “no impact on the thought process of a student, nor does it considerably reduce inequality among the masses.” Countering that argument, proponents feel school uniforms and dress codes are an effective way to give students an early introduction to work environments, and re-enforce the discipline necessary to excel in academics.

Jayne Matthews Hopson writes about educational matters because “only the educated are free.”