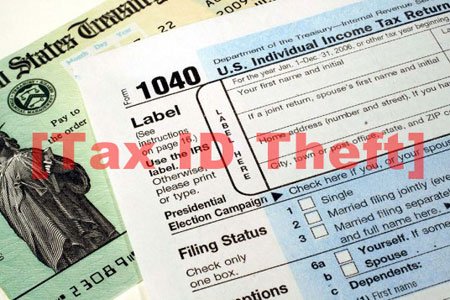 One of the most pervasive scams related to identity theft is an ongoing telephone scam where taxpayers receive calls from scammers who purport to be tax agents from the IRS.

“They claim to be calling about unpaid back taxes and proceed to threaten the unwitting taxpayers with arrest, lawsuits, suspension of their driver’s license and more,” said Michael Raanan, a former IRS agent who now owns and operates a professional tax resolution firm in California. “This is the biggest phone scam the IRS has ever had and it’s already netted over $5 million after hitting all 50 states and now Canada.”

He explained, “In many cases, the caller is able to recite the social security number of the taxpayer. The caller already has the person’s name, address and mobile phone number.”

As tax season swings into full gear, officials say they want to remind residents that identity theft remains the largest complaint category at the Federal Trade Commission (FTC) and within that category— tax identity theft has emerged as the largest of all subcategories.

To that end, the FTC’s Tax Identity Theft Awareness Week kicks off on Monday, January 26 and officials said imposter scams and similar ruses count as a new twist targeting taxpayers.

“As of August 2014, the treasury inspector general for tax administration had received over 210,000 complaints with victims losing about $11 million to these scams,” Lisa Lake, of the FTC’s division of consumer and business education, said in a news release.

“The FTC’s Sentinel data also shows a significant spike with tens of thousands of these complaints in 2014.”

The IRS imposter schemes typically are carried out by someone calling or sending an email pretending to be from the IRS. The scammers rig the caller identification mode to make it appear that the call is originating from the IRS. Many times the 202 area code will show because of the government agency’s D.C. location.

The scam artists likely have discovered the target’s last four digits of their social security number and they may also use a fake IRS identification number.

Officials said scammers ask individuals to wire money or put funds on a bank or money card while threatening arrest, deportation or loss of driver’s license. Further, the scammers sometimes will make a follow up call pretending to be a representative of the Department of Motor Vehicles or the police.

“I had my ID stolen and it was used by someone to file federal taxes for the tax year of 2013,” said local resident Gary Feld. “It was caught, but the IRS said it would still be another six months before they get around to processing my refund.

Raanan says although the IRS scam came to light in 2013, taxpayers throughout the country still receive unsolicited phone calls from individuals claiming to be from the IRS. Many of the calls appear to target seniors and minorities.

“The potential phone scam victims are told that they owe taxes that must be paid immediately to the IRS or that they are entitled to big refunds once they pay certain penalties. When unsuccessful the first time, sometimes the IRS phone scammers call back trying a new strategy and from a new number,” Raanan said.