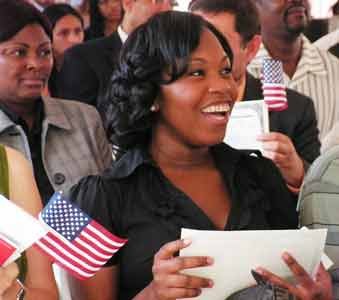 Come join this patriotic salute to our nation, with marching bands, fire engines old and new, cars and vans, service clubs and scouts! ROUTE: Stepoff is at Amos Garrett and West St. We'll head down West Street, wrong way around Church Circle, down Main Street, left on Randall Street, and ends in front of the Market House. Anywhere along the parade route will provide a good view of the parade.

The USNA Concert Band performs a public concert series featuring everything from light classics to marches to classic band literature and patriotic songs.

Independence Day Celebration at a Signer’s Home and Garden

William Paca was one of the four Maryland men who signed the Declaration of Independence in 1776. Celebrate America’s birthday by touring the grand Georgian mansion that he built 250 years ago and wandering the paths of his beautifully restored two-acre pleasure garden. Along the way, visitors will likely encounter Mr. Paca himself and other noteable Annapolis residents and hear why they pledged their lives, fortunes and honor to the revolutionary cause of American independence. Hands-on activities for kids of all ages will bring the struggles of American independence to life. Admission included in general admission.

10:00 am—11:00 am Join Historic Annapolis in welcoming thirty-five new citizens into the American family at the 9th annual naturalization ceremony held at the William Paca House & Garden. Robert Clark, President of Historic Annapolis, will host the ceremony, and U.S. Citizenship and Immigration Services officials will administer the Oath of Allegiance to the candidates for citizenship. Annapolis High School’s NJROTC unit will provide a cadet color guard, and the All Children’s Chorus of Annapolis will lead the singing of the national anthem and perform a selection of patriotic songs.

11:00 am – 4:30 pm Living History in the William Paca House! Come meet Mr. and Mrs. Paca and other Annapolitains as they debate the importance of independence. Tours Are offered every 30 minutes and hands-on activities will be on-going!

2:00 Mr. and Mrs. Paca will join the Descendants of the Signers of the Declaration of Independence at 2:00 pm to ring the Liberty Bell on St. John’s College.

Annapolis launches its fireworks from a barge in Annapolis Harbor. The best viewing areas include public spaces Northeast of the Severn River, along the Naval Academy Bridge (limited parking area), any of the street-end parks facing Spa Creek, and aboard a boat in the Annapolis harbor. The Spa Creek Bridge will be closed to traffic beginning at 9 p.m. to create a spectator pier with an unobstructed view of the fireworks.