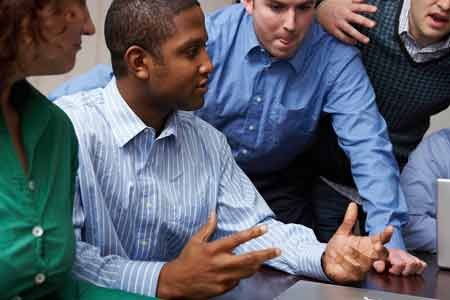 We often hear politicians call their opponents an “interest group.” What does that mean? It can be misleading.

We often hear politicians call their opponents an “interest group.” What does that mean? It can be misleading.

When the citizens of a town try to fix a bad ordinance so that their lives are safer, more productive, more prosperous and more equally just for all, should they have that right? Of course, they are acting in the public interest.

When a profit-seeking corporation tries to fix a state law so that business lowers costs at the expense of their workers, taxpayers and the healthy cleanliness of drinking water, should they have that right? Of course not, they are acting as a special interest group, that is, a narrow elite will profit and all else will pay the costs, meaning that special interest groups are usually acting against the public interest.

Of course, there are cases that are mixtures of the two and in a democracy, those deserve the most public discourse so that everyone can be heard and a wise decision can be made.

Is a group dedicated to equal justice for all a special interest group? According to a judge in Scotland Neck, North Carolina, yes. When a 61-year-old African American man, Roger Anthony, refused to stop riding his bicycle in November 2011, a 27-year-old white cop driving alongside him shot him with a taser. Anthony was knocked from his moving bike and his head received a fatal blow on the pavement.

There were no complaints of any criminal or suspicious activity by Anthony except for “Biking While Black.” This was so egregious that the District Attorney filed misdemeanor assault charges and then allowed the police officer to take advantage of a plea bargain that put him on probation. The judge agreed.

The spokesperson for the local NAACP told the media it was unjust that any man should attack another, kill him, and never serve a day in jail. The judge waved aside those comments, telling the inquiring journalist that the NAACP is a “special interest” group.

What an interesting use of that term. If people of color want equal rights, that, to a North Carolina judge, is a special interest group. Really? What’s next? Those who want clean air are part of a special interest group? The Association of Air Breathers would probably include most humans. Justice for all seems to be a fairly universal, public interest, goal.

What of the case of a corporation that services the military? Do they get to claim public interest status or are they special interest? The Pentagon burns through approximately $2 billion daily, every day, seven days a week and watching the massive bleed off to war profiteers is instructive. On June 29, 2015, it was announced by the DoD that, amongst many other contracts to many profiteers, Lockheed would get another $119 million to spruce up Balad Air Base in Iraq.

“This contract is 100-percent foreign military sales. This award is the result of a sole-source acquisition,” noted the Air Force. In other words, your tax money that you worked for going to fix a base in Iraq and no bids were taken. Does this smack of a Good Old War Profiteers Club special interest grab to anyone else?

What if that $119 million were used to create jobs for every young person willing to work in our national forests, pulling out downed wood to be used for a variety of purposes? Or perhaps it could provide some educational opportunities for STEM education for our public schoolchildren. There are so many life-affirming, infrastructural, palliative projects that need funding to give all of us a better life— all in the public interest.