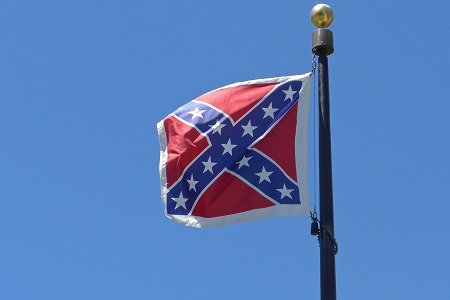 The Confederate battle flag flies on the grounds of the South Carolina State House in Columbia on July 5, 2015. (Photo: William Walker/CNN)

COLUMBIA, South Carolina (CNN) — The Confederate battle flag, a polarizing fixture in South Carolina's state house grounds for half a century, will flap in the wind no longer.

Early Thursday, the House of Representatives voted 94-20 to remove it, giving final approval to a bill that passed the Senate earlier in the week.

The vote count was more than the two-thirds needed -- but it came after a handful of lawmakers mounted a tenacious last stand, proposing amendment after amendment that led the debate to drag on more than 12 hours.

The bill now goes to Gov. Nikki Haley, who has said she will sign it into law.

"Today, as the Senate did before them, the House of Representatives has served the State of South Carolina and her people with great dignity," Haley said in a statement early Thursday.

"It is a new day in South Carolina, a day we can all be proud of, a day that truly brings us all together as we continue to heal, as one people and one state."

For decades, African-Americans and others have demanded the flag come down. To them, it is a racist symbol that represents a war to uphold slavery and, later, a battle to oppose civil rights advances.

But their voices were drowned out by supporters who argued it is a symbol of Southern culture.

That all changed last month when a white gunman, 21-year-old Dylann Roof, killed nine African-American worshipers in a Charleston church.

After the massacre, photos quickly surfaced of Roof holding the battle flag, which he revered as a symbol of white supremacy.

The racially motivated attacked triggered a national wave of sympathy and renewed calls to have the battle flag removed.

That was a little more than three weeks ago.

On Tuesday, the South Carolina Senate voted 36-3 to bring down the flag.

It handed a clean bill to the House, but things didn't go as smoothly there.

When debate started in the House around noon Wednesday, the flag's supporters began proposing one amendment after another.

And proceedings dragged on into early Thursday, as legislators voted to knock them down, 68 in all.

Some proposals were designed to delay action: Hold a referendum over the flag during the 2016 presidential election. Have a museum calculate costs of displaying the flag and return a budget for legislators to consider in January.

Other proposed amendments took up lawmakers' time with minutiae: Replace the flag pole with a pole honoring black soldiers who fought for the Confederacy. Dig up the state flower bed. Protect or remove about a dozen other state monuments.

Each proposal put lawmakers further away from a vote on the bill itself.

It was too much for a legislator who unleashed a tearful admonition at her colleagues.

Rep. Jenny Horne added herself to a long list of white Republicans crying for the flag to come down immediately.

She had been to the funerals of the nine worshipers shot dead inside the Emanuel African Methodist Episcopal Church. And she was still bereft.