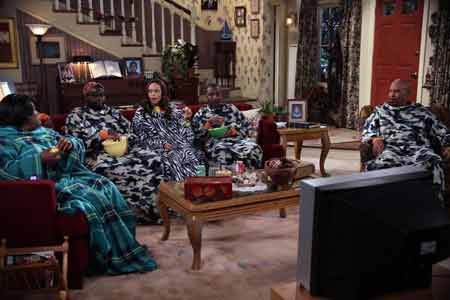 It’s summer time and that means your favorite shows are on hiatus but here is your chance to check out some great shows.

CharmTV-TV25, (Local channel, check your television channel or cable guide for channel listing or watch on demand: www.charmtv.tv), has produced a very intriguing show called “Sandtown-Path Forward” based on the unrest here in Baltimore. If you are interested in making a difference, want to be a part of a movement toward a better Baltimore, or want to hear from the people in that community, you must watch. What many conversations are lacking is actually hearing what the community feels and what they want for the future. You hear the words from Sandtown residents and business owners, without a host or commentary. It’s a great way to let Sandtown speak for itself. We all can learn something and be a part of the healing process. Kudos to TV25.

Mark your calendars for August 5th as NBC debuts two shows that are worth watching but one for sure might be a huge hit for NBC. Indie Soul has been behind the show “Mr. Robinson” since it was announced in 2014. For whatever reason the show was shelved before it even aired but now it gets a new life. The sitcom stars Craig Robinson as a music teacher at a middle school.

Everyone is calling “The Carmichael Show” the new “All in the Family.” The show stars Devine, Lil Rel Howery, Amber West, Jerrod Carmichael and David Alan follows the life of standup comedian Jerrod Carmichael as he navigates through life with his therapist in-training girlfriend and his heavily opinionated family. Kee p your eye on this one. This is sure to be huge as long as NBC doesn’t get a quick trigger finger to cancel.