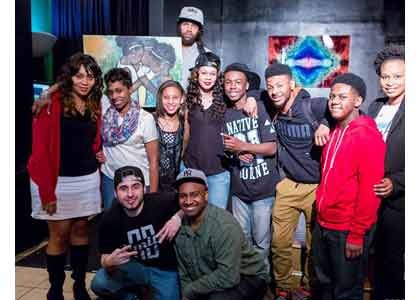 Trotter’s goal was to provide a platform for young individuals to showcase their talents and to make a difference in the lives of others.

In 2006, the organization expanded its services to offer transitional housing assistance to transitioning foster care youth. In 2009, the program expanded into NB Youth Academy.

The program is open to youth and young adults between the ages of 10 and 25.

Two years ago in 2013, Trotter added even more to the organization, initiating the Speak Life Tour where young performers are taken on the road to perform in places such as Washington, D.C., Maryland, Virginia and New York. She said she also has designs on taking the tour as far south as Atlanta.

However, before that, Trotter has some major local plans. 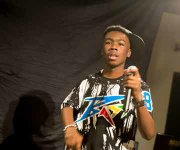 On Saturday, July 11, 2015 Trotter will hold the first Speak Life Tour Music Arts Festival at Coldstream-Homestead-Montebello Community Corporation, located at 3220 The Alameda on the campus of City College High School in Baltimore. The noon festival will feature live performances and visual arts. It will include boutique pop-up shops, a host of food, hair and other vendors, community information and 30 hair cut vouchers will be provided to young males between five and 12 years old.

“This coming Saturday is an opportunity for young people to be a part of the Speak Life Tour,” Trotter said. “The festival is a culmination of a lot local people coming together.”

Trotter said she’s hoping that 300 or more residents will attend Saturday’s event and a team of young volunteers have been busy at work handing out and posting fliers about the event, which is scheduled to run until 6 p.m. The event is free to attend.

Trotter said the performances at the event are specifically tailored toward motivating young individuals and to help strengthen their resolve to become leaders in their communities.

“The response has been very well for Speak Life overall,” Trotter said. “We average about 150 people coming to our regular shows so, at the festival; we are looking to double that.”