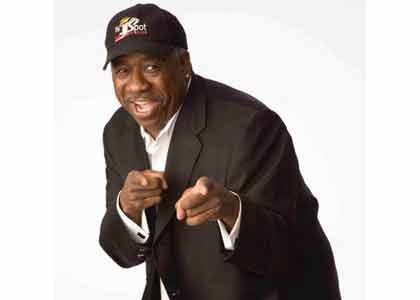 The one and only “take no prisoners” comedian, J. Anthony Brown recently performed at the Baltimore Comedy Club to make audiences laugh and to announce his new radio show called appropriately the “J. Anthony Brown Radio Show.”

The syndicated radio show debuted the weekend of June 6, 2015, and can be heard in more than 10 markets, including Houston, Texas, Tampa, Florida and the US Virgin Islands.

The show can also be heard via the I-Heart Radio app at the Accelerated Radio Network at AcceleratedRadio.net. Don’t worry, Brown, is not leaving the “Tom Joyner Morning Show,” so you will continue to hear him crack you up every morning, but now you get more of him on the weekends.

Just like the entrepreneurs we feature here with Indie Soul, Brown understands what it is like to try and get your brand to the public. For 30 years Brown has been on the grind, showcasing his brand of comedy to the masses and helping other comedians along the way. With more than three decades of comedy under his belt,

Brown is also the only African American owner and operator of a comedy club in Los Angeles. His club, The J. Spot, offers live comedy featuring some of your favorite comics from Comedy Central, “Def Comedy Jam,” and “Comic View,” including such headliners as Don DC Curry, Earthquake, George Wallace, Sommore, Sheryl Underwood and Faizon Love.

Much love to funnyman J. Anthony Brown for stopping through Baltimore and satisfying crowds with great fun and entertainment! Support J. Anthony Brown and find out more about the funny man at www.JAnthonyBrown.com and on YouTube: https://www.youtube.com/user/janthonybrowncomedy.