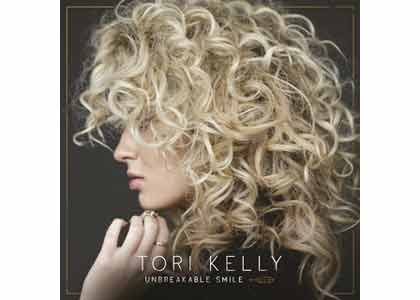 If you caught the 2015 BET Music Awards Show a few weeks ago when the show paid tribute to Smokey Robinson, the stage opened up with a female vocalist standing on the stage with her guitar. The first thing everyone on social media and at home said was, “Who is this white girl?” Then she opened her mouth and stole the show. Her name is Tori Kelly and you better get used to it. By the way, her father is half Jamaican/half Puerto Rican and her mother is Irish and German.

She is one of these YouTube sensations so she already had a huge following. She also appeared on American Idol and was not chosen, but that has not stopped her. Her CD, “Unstoppable Smile” was released in June of this year. Kelly is co-executive producer/writer and by listening to the music you can tell she put a lot of herself into the album. Her words, music, and voice are deep. She sings with so much passion. The vibe is very old school, spiritual, and more importantly she gets back to the basics of being in love and showing its okay to be vulnerable.

Check out the songs: “Should Have Been Us” and “Where I Belong.” She added some hip-hop flavor to her acoustic soul mix with help from Daye Jack (Expensive Love) and LLCool J (California Lovers). It’s the song with Ed Sheeran, “I Was Made For Loving You,” that is an instant classic. If you want to really know who Tori Kelly is, just listen to the song “Unbreakable Smile,” the title track and she will tell you who she is. It’s refreshing, just like her music. Rated G for good, no wait, great music!