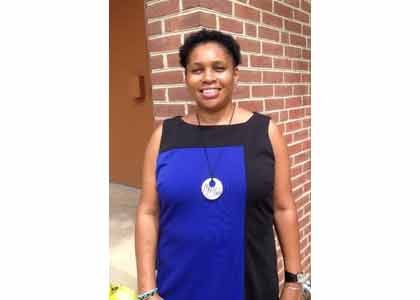 BALTIMORE — India Harris counts among the nearly 1.2 million Americans who have pre-diabetes and who are at risk of developing the debilitating disease.

However, Harris, a Baltimore resident, is getting better and has been able to avoid the pitfalls that some find difficult to avoid, particularly when they stray from proper diet and exercise.

“I was diagnosed with pre-diabetes two years ago and a year ago I joined the gym, changed my diet and lost weight,” Harris said. “But, I gained the weight back.”

The program is an interactive learning experience designed to address diabetes management for a select cohort of women who are living with or at high-risk for diabetes.

“The ‘Fabulous YOU!’ program has been great. I lost eight pounds so far and it has increased my motivation, my self-esteem and my health and awareness has accelerated,” said Harris, who has also lost two inches off of her waist.

Harris’ overall goal is to lose 40 pounds and seven inches of her waist.

“I met Tracy [Newsome, the director of mission delivery at ADA-Maryland] at a health expo in March and she gave me the information about the program,” Harris said. “I really didn’t think ‘Fabulous YOU!’ would help but it’s different because of the camaraderie we have with the others.”

ADA officials say nearly 12.6 million women in the country are affected by diabetes, and the incidence of type 2 diabetes is more than double in the African-American community.

To address this, the Maryland chapter of the ADA held a screening event in March, in which they invited more than 100 women to take ADA’s Diabetes Risk Test.

Of the women taking the test, the ADA selected 50 to participate in “Fabulous You!”— a nine-month, educational, interactive diabetes wellness program geared toward helping women take control of their health.

The program began with “Diabetes Care Day,” a women’s screening event, to capture biometrics and level of commitment to improving health.

Participants are connected to mentors who support them in achieving their goals during and after the program, as well as medication management provided by the University Of Maryland School of Pharmacy.

Harris said she’d been struggling with high hemoglobin A1C levels and vision problems as a result of her diabetes.

She now has glaucoma, blind spots and diminished peripheral vision in her left eye but she said she’s determined to make a change in her life which is why she joined “Fabulous YOU!”

“My energy level is higher now, I have a better metabolism and things are going well,” Harris said. “What this is, we are trying to improve women’s health and mental health. You have to have that mental attitude, the overall will to change your lifestyle and eating habits.”

Harris says a meal plan also helps to keep her focus and allows her to recognize if she’s eating too many sweets, meats or other kinds of food.

“It really makes a difference,” she said. “I’m motivated and I look forward to going back each week.”