The quiet killer: Sitting in the dark 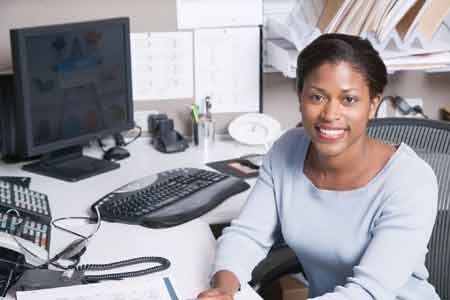 The typical employee now logs 47 hours a week at work— and spends nearly six hours a day sitting, often in a windowless office or cubicle.

Americans are working more than ever— and it's slowly killing them. The typical employee now logs 47 hours a week at work— and spends nearly six hours a day sitting, often in a windowless office or cubicle.

He loses two hours of life for every hour he sits, according to Dr. James Levine of the Mayo Clinic-Arizona State University Obesity Solutions Initiative. And he's a zombie for the hours he has left. A lack of natural light during the workday leads to less sleep at night.

Companies must reverse these trends— for the sake of not just their employees but also their own bottom line. They can do so by adopting an "Active Design" approach to their workspaces— one that promotes physical activity throughout the day and encourages workers to adhere to a healthier lifestyle.

More than two in three adults are overweight or obese. Sitting all day at work is a big reason why. Extra pounds don't just harm those who have packed them on. Overweight or obese Americans miss 450 million more days of work than their healthier coworkers. These absences result in more than $153 billion in lost productivity.

Those who work in a conventional modern office, with its rows of fluorescent-lit cubicles aren't just obese, they're tired, too.

The human body needs access to natural light. Dark or artificially illuminated workspaces throw off the body's circadian rhythm— the internal clock that tells us when to go to bed and get up. It's no surprise, then, that workers with access to natural light sleep 46 minutes more each night than do their windowless colleagues.

To fight these ills, companies must redesign their workspaces. "Active Design" shows the way.

Active Design capitalizes on the latest in health and wellness research to create workspaces that unwittingly compel people to, well, be active at work. The goal is to make workers healthier without them even realizing it.

Employees are more likely to move if they can see each other and freely interact. Open-plan workspaces encourage people to walk over to a colleague to discuss a project face-to-face rather than email or call. The result is more movement, an increase in collaboration, and a more engaged workforce.

By tearing down the walls between workers, an open office also allows in more natural light. Employees are also more likely to move around when they can work in settings beyond their desk— like informal lounge spaces, cafe areas, or smaller meeting rooms.

When workers are back at their desks, they should have the option to sit or stand while working. A height-adjustable sit/stand desk can allow them to do so.

The health impact of such a desk can be astounding. One study found that standing at least three hours every workday for a year was equivalent to running 10 marathons. Standing for two hours a day burns 30 percent more calories than sitting.

Active Design also covers what we put into our bodies. That means making healthy food options and café spaces available during working hours.

Google is famous for its lavish cafeterias and gourmet cuisine. But the search titan subtly nudges its workers to eat healthily by serving small plates, color coding dishes according to how healthy they are, and putting junk food behind healthier options.