Bobbi Kristina Brown and Whitney Houston: Linked in death as in life

Bobbi Kristina Brown died Sunday at the age of 22 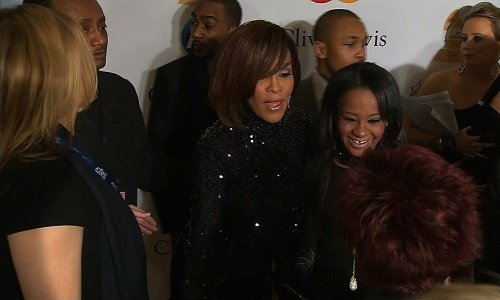 (CNN) — When superstar singer Whitney Houston died on the eve of the Grammys in 2012, fans expressed concern over the welfare of her then-18-year-old daughter, Bobbi Kristina Brown.

The public had watched her grow up, the beloved only child of Houston and her ex-husband, singer Bobby Brown. Wherever Houston was, her daughter also seemed to be, from walking the red carpet to singing together on "Good Morning America."

When Houston was found dead in the bathtub at the upscale Beverly Hills Hotel hours before she was to attend a pre-awards bash hosted by her mentor, Clive Davis, it hit her daughter hard.

"As to be expected, she's overwhelmed; it's her mother," gospel singer and family friend Kim Burrell said at the time. "She knows how much her mother meant to the world. And Bobbi Kristina has a huge heart, just like her mother."

In so many ways, Bobbi Kristina was indeed her mother's child.

Like Houston, she loved music and shared videos of herself singing.

She was also pursuing an acting career, much like her famous mother, who broke through with a role in the 1992 film "The Bodyguard," co-starring Kevin Costner.

Brown reflected on how difficult it was to carry on after losing her mother, with whom she was incredibly close.

"She'd always ask me, 'Do you need me? Do you need me?' " Brown told Oprah Winfrey shortly after Houston's death. "I caught myself one day. ... Out of nowhere, I said, 'I always need you.' "

Houston's troubles with substance abuse were well-documented, and an autopsy found that the "effects of atherosclerotic heart disease and cocaine use" were contributing factors in her drowning death.

Bobbi Kristina's appearance on the family's 2012-13 reality show "The Houstons: On Our Own" also raised red flags, as she sometimes appeared to be slurring her words.

In one episode, her aunt Pat Houston worried that Bobbi Kristina might have been drinking and noted that Houston would occasionally allow her teen daughter to have a glass of wine or champagne.

"But I do not want her dealing with her mother's passing in the wrong way," Pat Houston said.

In July 2014, a picture on her Instagram account showed a young woman who looked like Brown appearing to be smoking from a bong. Brown claimed at the time that someone was trying to destroy her reputation.

Brown was found unresponsive in her Roswell, Georgia, home almost three years to the day after Houston's death, in an eerily similar scene. Bobbi Kristina's death almost six months later is haunting fans and adding poignancy to something she said as she grieved for her mother.