Lettuce, livers, berries and other leading sources of food poisoning

There are an estimated 76 million cases of food poisoning in the U.S. every year 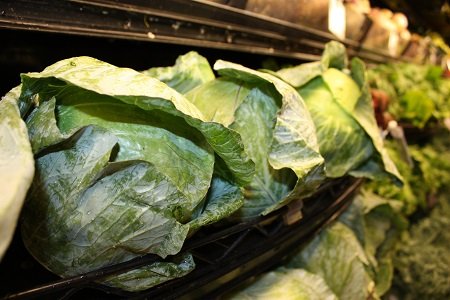 (CNN) — There are an estimated 76 million cases of food poisoning in the United States every year. A small fraction of these illnesses lead to hospitalization and death, but the vast majority usually just lead to a wretched day on the toilet.

If you've had one of those days lately, you might have blamed bacteria. Indeed, salmonella and E. coli are responsible for a lot of diseases linked to uncooked poultry and burgers, respectively. But viruses could likely be the culprit for food contamination.

"Noroviruses are far and away the largest potential threat to our foodstuffs," Schwab said. They caused 58% of all foodborne illness in 2011, more than all the bacteria and protozoa combined.

For other viruses, researchers are just beginning to explore their possible presence, and spread, in the food supply. One example is hepatitis E virus in pork products.

"The (cause of) a vast majority of food and water outbreaks are still unknown," Schwab said. Although many are probably due to norovirus -- which can still be difficult to detect in foods -- a number of other viruses may also be responsible. "Detection techniques have lagged behind the bacteria," Schwab said, adding that they are getting better.

There are two ways you can get a viral infection from food. Fruits and veggies -- often lettuce and berries -- can harbor virus on the surface, in contaminated water of fluids. However in meats such as pig livers and duck meat, the virus may actually infect the animal tissue from which these products come.

The thought of getting a viral infection from foods should not, however, keep you from enjoying your favorites, Schwab said. The risk is still small, and you can make it even smaller by washing your hands, as well as fruits, veggies and the utensils you cook with, well.

"We still have one of the safest food supplies in the world (in the U.S.)," Schwab said. "It is just an amazing industry; there are billions and billions of pounds of food that are moved around every year."

Norovirus is not your friend

Known as the "cruise ship" virus, norovirus surpasses even salmonella as the top cause of foodborne illness in the United States. It is responsible for between 19 million and 21 million cases of illness every year, usually a couple of days of diarrhea and vomiting. It was also responsible for between 570 and 800 deaths, especially in infants and the elderly, according to the Centers for Disease Control and Prevention.

The virus can creep into food when an infected person gets even a small amount of vomit or stool on food or counters and other surfaces where food is prepared. You can become infected by eating this contaminated food or touching a sick person or contaminated surface and then touching your mouth. Infected persons can secrete virus in these bodily fluids even before they feel sick and after they get better.