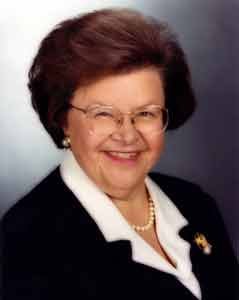 One of my guiding principles has always been that honor thy father and mother is not only a good commandment to live by— it’s good policy to govern by. Fifty years ago on Thursday, July 30, 1965, President Lyndon Johnson signed into law legislation to create Medicare, ensuring all of America’s seniors— middle class or of modest means— have access to health care when they need it.

I’ve seen first-hand what a difference Medicare makes in the lives of seniors. In the 1960s, I was a young social worker in Baltimore working for a program called Responding to the Elderly’s Abilities & Sickness Otherwise Neglected or “Operation Reason.”

Our goal was to help Maryland seniors get the health care and social services they needed. We worked in teams led by social workers and nurses. Our job was to help sick, elderly people sign up for this new Medicare program.

We were focused on helping seniors who had no health insurance and who had neglected their chronic conditions because of an inability to travel, lack of knowledge about services available to them, fear of asserting their right to such services, or other barriers. Baltimore’s seniors were struggling.

In those days, when you retired, it was the end of your health insurance, which meant that nearly half of seniors were uninsured. They could not afford doctor’s visits. Instead, they went to clinics and stood in long lines. They were often shuttled back and forth from one clinic to another. Before Medicare, millions of seniors were just one heart attack away from bankruptcy— one cancer diagnosis away from destitution. That’s what life was like for America’s seniors before Medicare.

When Medicare came along, I knew it could help them. Many were skeptical— they wondered if Medicare was big government or big opportunity. My job was to show them that this program was not about big government, but about government with a big heart. Every single day, I would go out to talk with seniors. I would go in to the community, to churches and to senior citizen centers.

I would talk with them about their options, organize transportation, and help fill out complicated forms.

In those days, we didn’t have computers or cell phones. We had to physically meet people where they were and help them confront the very real challenges they faced every single day.

And it worked. After four months of operation, we had more than 100 clients with a variety of chronic diseases. Nearly all of them were living on very modest incomes. And we helped them get the care they so desperately needed.

These people were the reason Congress passed Medicare in the first place. And thank God we did. Today, 55 million Americans— nearly EVERY senior has access to the guarantee of Medicare. That includes one million seniors in Maryland— and what has it meant?

·More Americans have health insurance. Before Medicare, 48 percent of seniors had no insurance. Today, only two percent are uninsured.