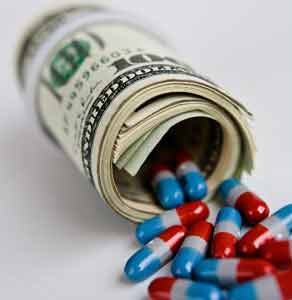 Unfortunately, insurers have discovered a sneaky way to undermine this requirement. They're structuring plans to heap huge costs and bureaucratic burdens onto high-risk patients, leaving insured patients without real access to medical care.

Federal officials must halt such discriminatory practices. Fortunately, David McKinley (WV-01) and Lois Capps (D-CA) recently introduced the Patients' Access to Treatments Act (PATA) to do just that. Lawmakers should pass it immediately.

For example, in the state-level insurance exchanges established by Obamacare, more than half of the popular "Silver" plans place all multiple sclerosis drugs in the top tier. Patients suffering from this devastating condition are getting hit with huge costs. Many are forced to forego needed treatments.

PATA ensures that patients can afford these life-saving medications. The bill prohibits insurers from grouping specialty drugs in higher cost sharing tiers than the ones used for regular medicines.

Many health insurers also have a "fail first" policy. Patients must first take drugs that are less effective and often less safe— and only when these fail can they receive needed medicines. In other words, insurers force people to get sicker before offering them lifesaving treatments.

A new Harvard study suggests insurers are deliberately offering thin coverage for high-cost therapies to dissuade chronically ill patients from signing up in the first place. When people who need costly drugs see treatments' price tags, they look elsewhere for coverage— which is what insurers want.

Insurers justify such discrimination by claiming it helps contain healthcare costs, keeping premiums affordable. After all, those with serious illnesses disproportionately rely on expensive, specialty medicines. They're the one percent of patients— often referred to as "super spenders"— that account for more than a fifth of the nation's annual health expenditures.

Cancer drugs, for instance, help keep patients healthy and out of the hospital. As a proportion of total cancer treatment costs, drug spending nearly tripled from 2001 to 2011. Over that same time, the share of total costs spent on hospital stays dropped by 25 percent. Spending more on better medications has improved cancer patient health and saved money.

Restricting drug access to trim healthcare expenses usually backfires. The average patient will skip prescribed medications if her monthly out-of-pocket costs exceed $200. Such "non-adherence" typically causes a patient's condition to worsen to the point where she requires much more expensive medical interventions.

One of Obamacare's central promises was that sick patients would no longer suffer from discrimination. Insurers are breaking that promise by strapping vulnerable patients with huge costs and forcing them to fail on less effective treatments. Lawmakers must stop these abuses— and the Patients' Access to Treatments Act is a good place to start.

Robert Goldberg is vice president of the Center for Medicine in the Public Interest.