A call to curb expansion of charter schools in black communities 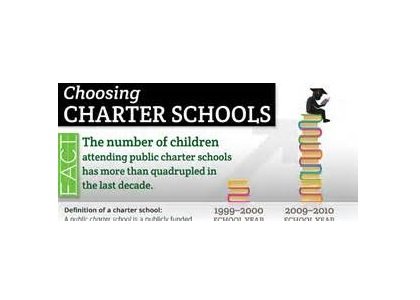 WASHINGTON (NNPA) — Parents, students and advocates for strong neighborhood schools continue to pressure civic leaders to end the expansion of charter and contract schools in Black and Latino communities across the nation.

Jitu Brown, the national director of Journey for Justice Alliance, a coalition of community, youth and parent-led grassroots organizations in 21 cities, said that the fight for public education – which suffers with the expansion of charter and contract schools –is a human and a civil rights issue.

As voices from the community were increasingly drowned out by philanthropic groups seeking wholesale educational reform, the state takeover of schools, corporate charters and appointed school boards have become the status quo, Brown said.

According to Education Week, a magazine published by Editorial Projects in Education, a nonprofit that produces K-12 educational content in print and online, more than 60 percent of philanthropic donations funneled into education young people in the United States went to charter and contract schools in 2010. Less than 25 percent of funding went to those programs about 15 years ago.

“What would actually be revolutionary, brand new, and fresh is if community wisdom was listened to and [corporations] worked with the people who are directly impacted by the institutions that they have to live with everyday,” said Brown.

Brown described two separate and unequal sets of expectations, one for White and middle class children and another, lower set of expectations for Black and Latino children that often influence education policy. Those disparities will continue until society finds the courage to confront them.

As the education organizer for Empower DC, a grassroots group that supports low- and moderate-income District residents living in the nation’s capital, said that when communities work together, and when they’re given the chance to put together solutions that work, they find success that doesn’t require corporate intervention.

That success is embodied by the community school model championed by groups such as the Alliance.

According to the Coalition for Community Schools, a network of educational groups that provide support for youth development family and health services, community schools feature an “integrated focus on academics, health and social services, youth and community development and community engagement” that promotes “student learning, stronger families and healthier communities.”

Helen Moore, the co-chairperson of the Keep the Vote/No Takeover Coalition in Detroit, Mich., said that the reauthorization of the Elementary and Secondary Education Act (ESEA), currently working its way through a Republican-led Congress still at odds with President Barack Obama, should give communities the power to control the destinies of their children.

Moore said that neither “No Child Left Behind” Act, George W. Bush’s education initiative, nor President Obama’s “Race to Top” fulfilled what was supposed to really happen: giving Black and Brown school systems the power and resources they needed to implement high-quality educational programs for their children.

“What’s lost in the minutiae of school closures is the dismantling of good neighborhood schools,” said Brown. “There were actually solid well-performing schools in our community that were receiving schools for students that lost their schools due to closures.”

Two years later, Brown said, those schools often saw their test scores plummet, creating a cascading effect. Overcrowded classrooms make it harder for teachers to do their jobs lowering morale and have a negative impact on an already stressful learning environment.

“One of the casualties of corporate education interventions is the removal of Black teachers a significant part of the Black middle class. And who are they replaced by? They are replaced by newer, younger, Whiter and more transient teachers,” said Brown. “We are all for teaching diversity, but we also know that that is a civil rights issue. Children have the right to look at their teachers and dream that they can be that they should be able to see themselves.”

Earlier this month, the Alliance hosted a conference in Newark, N.J. in an effort to strengthen national networks and equip activists, parents and other community stakeholders with the tools to organize and combat myriad inequities that exist in public school systems nationwide.

The group also advocates for more penalties for schools that lean too heavily on zero tolerance policies that disproportionately suspend and expel students of color for minor infractions. It favors more federal support for schools that implement restorative justice and student leadership development programs.

“We know that these attacks on our schools and our public education system is an attack on our communities,” said del Pielago.

Brown said, “We should have positive student development and discipline policies. That doesn’t mean that if a student brings a knife or a gun, we’re going to throw rose petals at the child. We need to treat our young people like discipline is supposed to teach a lesson and suspending children is not teaching them anything. What teaches them something is creating a culture where they learn how to be accountable for their actions.”

Although Brown said that he supports parents who seek innovative educational alternatives for their children, he called for a federal moratorium on all charter and contract school programs.

“What’s lost in the minutiae of school closures is the dismantling of good neighborhood schools that they were actually solid well-performing schools in our community that were receiving schools for students of school closings and you look two years later and their scores plummet,” said Brown.

“The prerequisite to choice is stability,” said Brown. “You can’t anchor a community with schools where people have contracts to run them. [School] privatization and community schools cannot coexist. They are like oil and water.”