The Waco Biker Riot and the lexicon of racism 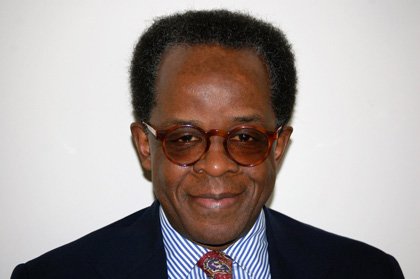 (NNPA) — Question: When men (and a few women) belonging to gangs known to law enforcement agencies for criminal behavior explode in a rampage – using guns, knives, clubs, and chains in trying to kill each other, and police officers, too, that leaves nine dead, nearly 200 injured and hundreds arrested, is that a “riot?”

Answer: Apparently not if the overwhelming majority of the gang members are White?

America’s present-day “racial divide,” has never been more strikingly displayed than in the refusal of much of the mainstream and conservative media to describe the May 17 biker riot in Waco, Texas as a riot.

The riot, which occurred at a popular restaurant amid dozens of innocent bystanders and, according to police, involved members of five different gangs, was one of the most extraordinary outbursts of mass criminal violence in recent memory. Further, almost immediately after Waco police arrested the bikers, rumors swirled that other members of the gangs were heading toward the city to both continue the battle against their rivals and carry out death threats made against Waco police officials.

Yet, scanning the newspapers, the universe of online publications, and the network and cable television news programs, you’d have scarcely come across any description of what occurred in Waco as a “riot.” Nor would you have likely found any reference to the bikers, clad in their distinctively grungy biker garb, as “thugs” – or, as one newspaper reader put it: “murdering thuggish rioters.”

MediaMatters, the watchdog group, pointed out the contrast in how Fox News, for example, covered Waco versus Baltimore and Ferguson.

It noted, “After African-American communities in Baltimore and Ferguson, Mo. came together to demonstrate against the deadly and racially disparate policies of law enforcement, Fox News branded the protests a ‘war on cops.’ But when the story became a mostly white Texas biker gang plotting to kill police with grenades and car bombs, the network took a decidedly less sensationalist approach in its reporting.”

CNN Political Commentator Sally Kohn wrote, “In fact, in much of the coverage of the Waco shootings, the race of the gang members isn’t even mentioned. By comparison, the day after Freddie Gray died in the custody of police officers in Baltimore, not only did most coverage mention that Gray was black, but also included a quote from the deputy police commissioner noting Gray was arrested in ‘a high-crime area known to have high narcotic incidents,’ implicitly smearing Gray and the entire community.”

The disparity in coverage did not go unremarked upon on Black social media, in a host of progressive publications, and in numerous online reader-responses to mainstream-publication stories. (Many also noted the Waco police responded to the deadly shootout with none of the heavily-militarized equipment and body armor that immediately marked police responses to peaceful protests in Ferguson and Baltimore.)

Indeed, the differences in the language used underscore that the way words and phrases are used to talk about race and racial events has its own meaning. In this instance, it’s that such words as “riot” and “thug” are part of the lexicon of America’s continuing racial divide that, among other things, individualizes White crime and White flaws while it indicts all Black Americans for the flaws and crimes of individual Blacks. Some years ago a journalist friend of mine described this dynamic as “the chains of collective guilt.”