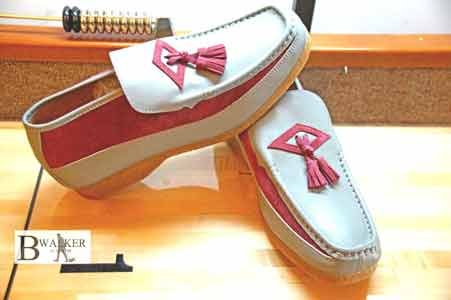 Hip-hop has been influencing popular culture and fashion since it’s inception 30 years ago. According to GrabStats.com, the hip-hop community spends about $17 billion a year on fashion (clothing, shoes, and accessories). B Walker Shoes, an original shoe of choice in the 1980’s for hip-hop heads is now re-launching their brand on a major level hoping to reach a new audience of fans. 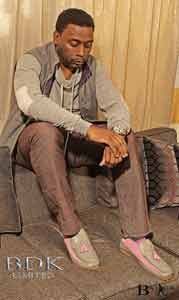 B Walkers were born in London in 1950 and traveled overseas to be raised in New York City in the 1980s by the pioneers of hip-hop, gangsters, hustlers, rappers and DJ's alike.

B-Boys, popular MC's and DJ's that revered the shoe and mentioned them in songs, at concerts and in interviews over the past 20 years helped to make this iconic shoe popular among hip-hop fashion fans.

“The current state of the urban footwear is much different than it was say 15 years ago. There are less shoe [brands] of course, so there are not as many choices, now that sneakers have taken over. Unfortunately, there is nothing unique about the way people dress today. Everyone looks like they play ball or rap. The worst part about it is that the women have accepted the way young men dress and the way women are treated has a lot to do with the way men dress. When you dress fly your attitude is fly and rest will follow. If there is one thing I would change, it would be to create more access to shoes in cooler sneaker and clothing stores that the youth can relate to,” said B Walker Shoes promoter, Hasan Brown.

“Marketing to [the] younger generation includes standard and non-traditional strategies. For instance, something that we are doing, which is a standard strategy is engaging young entertainers and capture them wearing and being styled in B Walkers. Simultaneously, we are targeting high schools that wear uniforms.” Brown added.

B Walker Shoes provides the classic style, as well as an updated version with better quality than ever. The new spring line will be released June 15, 2015.

For more information about B Walker Shoes, visit: www.bwalkershoes.com.