They say their department is operating in reactive mode 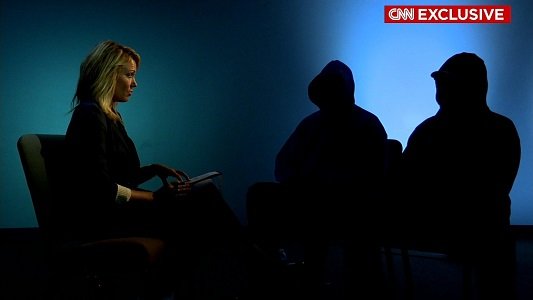 Two active duty officers with the Baltimore Police Department sat down with CNN's Brooke Baldwin. The officers spoke on the recent riots, the spike in murders and Freddie Gray. (Photo: CNN)

(CNN) — Forty-two people were killed in Baltimore in May, making it the deadliest month there since 1972.

When asked what's behind that number, a Baltimore police officer gave an alarming answer. Basically, he said, the good guys are letting the bad guys win.

The city of Baltimore has been ravaged by record crime ever since riots broke out after the death of Freddie Gray. Brooke Baldwin speaks to active Baltimore officers.

"The criminal element feels as though that we're not going to run the risk of chasing them if they are armed with a gun, and they're using this opportunity to settle old beefs, or scores, with people that they have conflict with," the officer said. "I think the public really, really sees that they asked for a softer, less aggressive police department, and we have given them that, and now they are realizing that their way of thinking does not work."

He was one of two active Baltimore police officers who spoke to CNN on Tuesday about crime in their city. They also touched on the death of Freddie Gray, a young black man who died in police custody, and the riots that followed.

The officers were not given permission to speak from their department. Because of that, and in an attempt to allow them to talk candidly, CNN agreed on their condition of anonymity.

Both said the Baltimore Police Department is simply reacting to events instead of being proactive. They talked about feeling abandoned by their leadership and feeling scared -- not about being hurt, necessarily, but about being charged criminally for doing what they see as their job. Six officers have been charged in Gray's death, which has been ruled a homicide.

He denied the existence of a work slowdown but said he couldn't promise proactive policing.

"Even though you have reasonable suspicion," he said, "nine out of 10 times, that officer is going to keep on driving."

City and police officials have repeatedly denied any stand-down order was given to officers after of Gray's death.

Worry has overtaken a lot of officers, and now morale is low, said Lt. Kenneth Butler, who heads a police union in Baltimore, the Vanguard Justice Society.

One officer called the union leader to ask if he'd be liable if a suspect he was chasing ran into traffic and got hit by a car, Butler said. He couldn't answer the question, so the officer told Butler he'd stop pursuing suspects on foot for now.

Normally, officers would do their duty more robustly, Butler said, but they don't feel like their leadership has their back anymore. "A lot of guys ... they feel betrayed," he said.