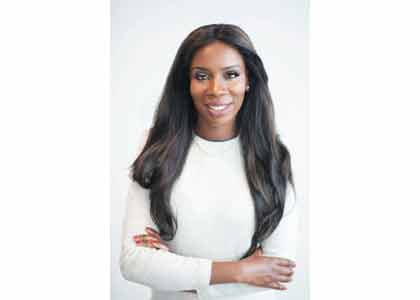 Cecilia Harvey knows that there is a dearth of African American women in leadership roles and diversity remains a challenge at many companies.

The chief operating officer at Citigroup’s technology and finance department in London, Harvey has become a sort of benchmark for minorities and women on how to make it in a predominantly white and male dominated corporate world.

“I started the Citigroup Prometheus project with the objective to help make sure that we are developing our female talent and to make sure we are in a position to have and retain them,” said Harvey, who earned degrees from Wellesley College and the Massachusetts Institute of Technology.

Harvey traveled to London seven years ago after starting her corporate career in New York, realizing that securing a solid executive leadership opportunity was tough for an African-American woman in technology.

“I knew just one person in London, someone who I went to Wellesley with, but other than that there was no one, no family or anyone,” she said, noting the sacrifices and growing pains of taking an international approach to solidifying her career with Citigroup.

Whether it’s technology or any other industry, Harvey says it’s important that African-American women don’t view themselves as being different.

“You are entitled to the same opportunities and experiences as anybody,” Harvey said.

She started the company’s Prometheus program, a one-year program focused on developing and sponsoring top women executives in Markets and Securities Services Technology. She travels to Shanghai, India and other locations with an objective of developing female talent.

It also helps refine leadership skills through team challenges, and it helps those involved to learn how to cultivate and effectively leverage professional relationships required for career progression.

“You don’t want the ‘Queen Bee’ syndrome where [you think] that there can only be one ‘Queen Bee’ at the top. The strength is in numbers and I find it rewarding to be able to help other women who are coming along with a lot of the same challenges that I had,” Harvey said.

While diversity and inclusion efforts are on the up swing for African-Americans, a recent report revealed that just 26 percent of computing jobs in the United States were held by women.

Harvey used her influence to launch Global Diversity Initiatives through training and leadership programs at Citigroup for women across the globe.

Her success didn’t happen without risks, she pointed out.

“I think confidence comes from taking just a little risk at a time... taking risks helps,” Harvey said. “You have to be more comfortable with ambiguity and more comfortable not having answers to everything. Some feel like they have to have the perfect answer to every single question.”

At times, Harvey says she felt stuck, but she has always had people who have sponsored her and provided good advice.

“That’s a key thing. Always tapping into that network of sponsors who can help you find a different path and perhaps let you know that the route you’re going isn’t the best path. I think that’s very important,” she said.

In the work setting, Harvey says women must “get out of their cubicles, pick their heads up and understand what the process is around promotion and for getting recognized.”

“It’s not just about doing a good job, you’re expected to do a good job,” Harvey said. “It’s those extra credit type things that will help to improve your profile. A lot of the time, people will think that if they’re doing a good job the manager will recognize them. For me, I just went for it and I was only supposed to be here for three months. But, seven years later, I’m here and I continue to create options for myself and, at this point, I hope that I have done and will continue to do enough to create options.”