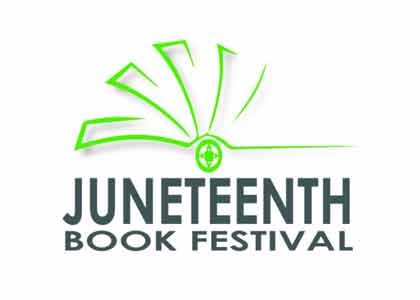 The Juneteenth Book Festival Symposium on Black Literature and Literacy takes place Friday, June 19, 2015 — 8:30 a.m. to 4:30 p.m. in the Reading Room of the African and Middle Eastern Division (LJ 220) of the Library of Congress Thomas Jefferson Building located at 10 First Street S.E. in Washington, D.C. Admission is a free and open to the public

WASHINGTON — Juneteenth is one of the oldest observances marking the end of the enslavement of African descendants in the United States. The holiday has been celebrated in Galveston, Texas, since June 19, 1865, when news of the Emancipation Proclamation first was announced in Texas. Today, Juneteenth commemorates African American freedom with an emphasis on education and literacy.

To mark the 150th anniversary of the Juneteenth observance, the African and Middle Eastern Division and the Humanities and Social Sciences Division of the Library of Congress, in cooperation with Juneteenth Book Festival, Inc., will present a symposium on Juneteenth, which explores the topics of literature, literacy and the creative arts in the African Diaspora.

“The Juneteenth Book Festival Symposium on Black Literature and Literacy” will be held from 8:30 a.m. to 4:30 p.m. on Friday, June 19, 2015 in the Reading Room of the African and Middle Eastern Division (LJ 220) of the Library’s Thomas Jefferson Building, located at 10 First Street S.E., Washington, D.C. The event is a free and open to the public. Tickets are not required but seating is limited.

The symposium will open with a history of Juneteenth, presented by Hari Jones, curator of the African American Civil War Museum in Washington, D.C. Michael Graham, a high- school senior at the Washington Latin Public Charter School, will read poetry.

The first panel will feature publishers’ and bloggers’ discussions on “The State of Black Literature,” with presentations by Haki Madhubuti of Third World Press, the longest-running independent black-owned publishing company in the United States; E. Ethelbert Miller, literary activist, poet and editor; Nikki Woods, social media consultant and senior producer of “The Tom Joyner Morning Show;” and Yanick Rice-Lam, a journalist and associate professor in the Department of Media, Journalism and Film at Howard University who co-founded FierceforBlackWomen.com, a digital health and fitness network.

The second panel will focus on “The “Stakeholders of Black Literacy,” with presentations by Brenda Greene, director of the National Black Writers Conference and executive director of the Center for Black Literature at Medgar Evers College of the City University of New York; Bomani Armah, known as “Mr. Read a Book” and the “Poet with a Hip-Hop Style;” Bahiyyah Muhammad, assistant professor of criminology at Howard University and founder of “Project Iron Kids,” which educates and empowers children of incarcerated parents; Rahman Branch, former principal of Ballou High School in Washington, D.C., and the first executive director of the Office of African American Affairs in the Office of the Mayor of the District of Columbia.

The third panel, “Independent Artists: Our Journey as Storytellers of the African Diaspora,” will feature Gabriel “Asheru” Benn, an international hip-hop artist, and co-founder of Educational Lyrics, which sponsors H.E.L.P, the Hip Hop Educational Literacy Program; Beverly East, an international forensic-document examiner and author; Hafiz F. Shabazz, adjunct assistant professor and director of the World Music Percussion Ensemble at Dartmouth College, where he developed the “Oral Tradition Musicianship” course and produced more than 85 major concerts; and Haile Gerima, distinguished professor of film at Howard University and an independent Ethiopian filmmaker who produced and directed the 1993 film “Sankofa.”

Attendees will also be provided with a tour of the Library’s exhibition on “The Civil Rights Act of 1964,” which showcases the Library’s civil rights collections.