Unified Voices of Johns Hopkins presents 'The Maestro & The Voice' 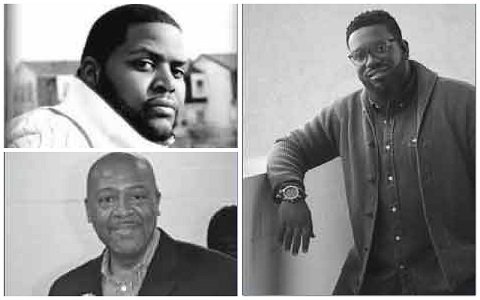 “The purpose of this event is the spread hope, health and healing through Harmony at Hopkins,” said Dr. Gregory Wm. Branch, executive director of Unified Voices. “People can expect to be uplifted. This will be an auspicious occasion of hand-clapping, foot-stomping, and fellowship for the entire family.”

David White is the minister of music at New Antioch Baptist Church. He has more than 40 years of experience as a minister of music directing and teaching harmonies to mass choirs, praise teams, choruses and youth choirs.

Phillip “Phil” Bryant is a recording artist, musician and producer. He has worked with many notables including: Cece Winans, Dave Hollister and Mary J. Blige. He is the president and founder of Writerz Blok Music Group and the minister of music at Community Of Hope A.M.E. Church in Temple Hills, Maryland.

Chris Dillard a.k.a “Red Dott” has appeared in movies, television, radio and theatrical productions. His movie credits include: “You’re Never too Young” and “Amen.” His television credits include MTV’s TRL with Carson Daily, while theatrical credits include “DisChord in The Choir.” He has also performed at the legendary ShowTime at The Apollo.

Unified Voices of Johns Hopkins is a gospel choir that consists of a diverse group of individuals with different personalities, lifestyles and backgrounds working together to bridge the gap between the medical institution and the historic East Baltimore community

Tickets are $15. Seating is general, with doors opening 30 minutes before the performance. For more information or to purchase tickets call 410-440-9898 or visit: www.unifiedvoices.com.