KIPP continues to close gap in educating the poor 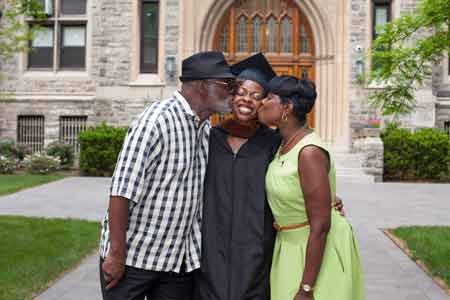 BALTIMORE — Lorence Rovell is among the graduates from Northwestern High School in May. The teen’s matriculation, however, was no easy feat.

“He has always had learning differences and from birth as a premature baby, it was believed that he literally wouldn’t make it,” said Megan Hall, director of KIPP Through College, a charter school program that provides high school and college placement, academic support, career services, student and family counseling and enrichment programming.

Today, with the support of his family, KIPP, and his college bound counselor, Lorence will now attend Capitol College in the fall.

The Baltimore area student counts among the many success stories at KIPP where the high school class of 2015 has a 91 percent graduation rate and where 28 percent of its college class this year has either graduated or is pursuing higher education.

In 2002, KIPP— which stands for the Knowledge is Power Program— opened a middle school, the KIPP Ujima Village Academy.

Reportedly, the city’s middle schools performed at very low levels and in 2003, only 11.5 percent of Baltimore’s middle school students passed the Maryland School Assessment in math, and 33 percent passed the reading test.

That has dramatically improved in large part because of KIPP.

“One of the highlights is Bianca Hand, who is graduating from the College of Wooster with a Bachelor of Arts degree in Archeology,” Hall said. “Bianca began KIPP so behind academically that she had to be held back. By the time she left KIPP she had earned a full scholarship to Phillips Exeter Academy. She plans to give a year of service to the city of Boston in the fall.”

Currently, there are 162 KIPP schools in 20 states and the District of Columbia serving 59,000 students. More than 87 percent of the students are from low-income families and eligible for the federal free or reduced-priced meals program; 96 percent are African-American or Latino and, nationally, more than 94 percent of KIPP middle school students have graduated high school and more than 82 percent of KIPP alumni have gone on to college.

There are 80 KIPP middle schools, 60 elementary schools and 22 high schools where students are accepted regardless of their prior academic record, conduct or socioeconomic background.

A majority of KIPP schools operate within a local system of schools and are supported by a central office that’s governed by a common local board and led by an executive director from the area.

Schools clustered in KIPP regions can share instructional practices and materials, thereby accelerating innovation in the classroom, school officials said. In a KIPP region, the KIPP school leader can focus on students, teachers, and families while a central office provides services from multiple schools, such as operations and alumni services.

“Each of the KIPP partnership [Memorandum of Understanding or MOU] has a portion that focuses on making the school a financial possibility for KIPP students but each MOU is different,” Hall said. “Historically our students have come to us one to two grade levels under where they should be,” she said. “The majority leave us in eighth grade on or above grade level.”