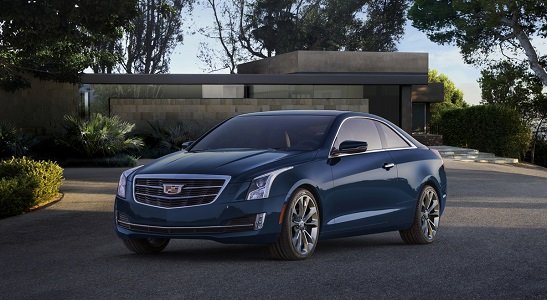 continued — Of course, the car featured the CUE system. This infotainment system is still a love it or hate it affair. But there’s very little controversy over how it looks: clean, angular and melded with Cadillac’s overall design language. That no doubt is why the CUE, it stands for Cadillac User Experience, appears at home in every Cadillac.

The Coupe featured the most up-to-date version of CUE. It had text to voice and Sire Eyes Free for iPhone operating systems six and seven. Cadillac said it could be connected to the ATS by voice controls. There are no buttons on the CUE system.

It had an eight-inch touch screen as well as a capacitive faceplate. Complaints have been lodged that it is too slow, it is hard to operate and even more difficult to master. But the more we encounter this system, the more comfortable we become in its operation. That was the case with the 2015 Cadillac ATS Coupe.

Our test vehicle also featured OnStar and it held the latest technology from General Motors. Cadillac’s CUE on the ATS had a 4G LTE. In other words, the 2015 Cadillac ATS was a rolling Wi-Fi hotspot capable of connecting seven devices.

It was a sharp car. The 2015 ATS Coupe was yet another product/rung in Cadillac’s climb back to prominence in the luxury vehicle segment. Our test vehicle had a base price of $50,325. Add $2,290 worth of options and Cadillac’s $995 freight charge and the total sticker came to $53,610.