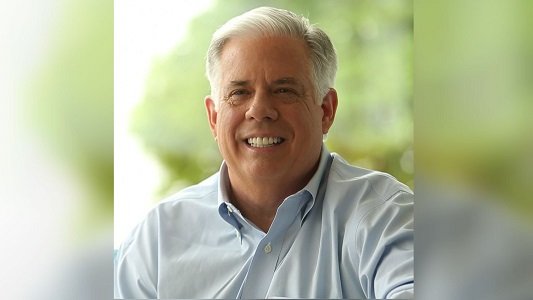 Larry Hogan, (R-MD), is the Governor of Maryland. He assumed office on January 21, 2015. (Photo courtesy/Larry Hogan)

WASHINGTON (CNN) — Maryland Gov. Larry Hogan announced Monday he has been diagnosed with non-Hodgkins lymphoma, a form of cancer.

"A few days ago I was diagnosed with cancer," Hogan said Monday. "The truth is I've learned over the last few days that this cancer is very advanced and very aggressive."

Hogan canceled multiple events recently, after he returned from a trip to Asia. Hogan did not say anything about whether he would step down. The announcement likely means an increased role for Maryland's lieutenant governor, Boyd Rutherford.

Hogan was welcomed into the governor's reception room at the Maryland Statehouse Monday with standing applause.

Hogan rose to national prominence during his handling of the Freddie Gray riots in Baltimore this past spring. Hogan surprised political observers last November when he easily defeated Democrat Anthony Brown to retake the governor's office.

"The odds I have of beating this are much. much better than the odds I had of beating Anthony Brown," he said, to laughter and applause from the room.