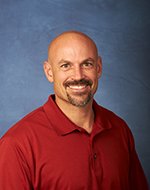 The previously reported over-representation is most likely due to a greater exposure to environmental and economic risk factors, said Paul Morgan, associate professor of education, Penn State.

"The general limitation of the available studies is that they haven't been able to correct for minority children's unfortunate, but well-established, greater risk factor exposure to factors that themselves increase the risk for disability," said Morgan. "For example, minority children in the U.S. are much more likely to be born with low birth weight than children who are white, as well as more likely to be exposed to lead in their environment."

Adjusting for this greater risk factor exposure indicated that children who are racial, ethnic or language minorities in U.S. elementary and middle school are instead less likely to receive special education help than otherwise similar white, English-speaking children, according to the researchers, who report their findings in the current issue of Educational Researcher.

These numbers differ significantly from the unadjusted or minimally adjusted comparisons. For example, black children make up approximately 14 percent of the general school age population, yet are about 19 percent of the special education population.

"Prior studies have often relied on 'apples to oranges' comparisons between minority and non-minority children, who likely differ in ways other than their race, ethnicity, or language use," said Morgan. "Yet characterizations have been repeatedly made of the special education system as racially biased based on these 'apples to oranges' studies."

Morgan said these federal efforts, although well intentioned, could actually exacerbate inequities in access to special education and related services.

"What's happening is that federal officials have been monitoring and, to some extent, flagging racial bias when they observe what they view as minorities being over-represented in special education, yet, what is occurring is that minorities are underrepresented in special education," said Morgan. "Instead of emphasizing prevention or reduction of minority over-representation, cultural or language barriers may be making it less likely for minority children with disabilities to be appropriately identified and treated."