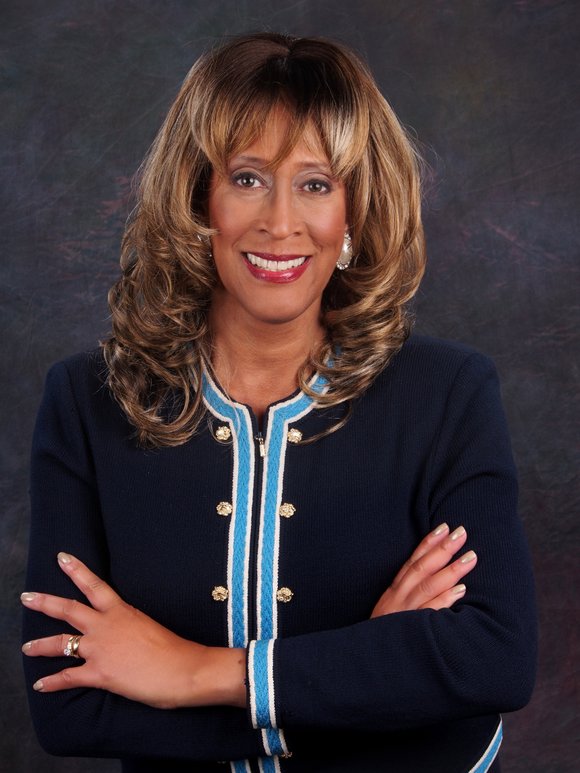 Pamila J. Brown was installed as the 122nd President of the Maryland State Bar Association (MSBA) on June 13, 2015, during the MSBA Annual Meeting in Ocean City, Maryland. (Courtesy Photo)

BALTIMORE,Md. — The Honorable Pamila J. Brown was installed as the 122nd President of the Maryland State Bar Association (MSBA) on June 13, 2015, during the MSBA Annual Meeting in Ocean City, Maryland. An administrative judge of the District Court for Howard County, Brown is the first African-American female to lead the 119-year old professional membership association.

Brown calls the law a “noble profession,” and the Harford County native’s key efforts during her 12-month term as MSBA President will include encouraging her statewide colleagues of the bar and bench to engage in both bar and community-oriented services. Lawyers, Brown says, are by the nature of their profession community leaders, and she stresses that “each one of us can do something – something for the profession, something for the community, and something for yourself.” The latter-most speaks to the new President’s plan to likewise highlight programs that promote attorney wellness, whether physical, mental, or emotional.

After earning an undergraduate degree in Political Science from Minnesota’s Macalester College, the self-described “champion for all that is good and positive about the bar” earned her J.D. from the University of Baltimore School of Law in 1979. She was appointed to the bench in 2002 following an extensive legal career in the public sector.

In fall 2014, the Maryland Bar Foundation, a nonprofit charitable organization, honored Brown with one of its esteemed Professional Legal Excellence Award for Advancement of the Public Understanding of Law for her ongoing support of the Maryland Civics & Law Academy, a joint effort between MSBA and the Maryland Judiciary to promote civics education and responsible citizenship among the state’s high school students.

“I will lead to the best of my ability,” Brown says, “knowing that this is a democratic process” informed by the interests of MSBA members. Inclusivity is another cornerstone of Brown’s strategy, and she seeks to “open the door wider so that our Association will be as reflective of the community as it should be.”

The Maryland State Bar Association is a 24,000-member voluntary professional membership organization dedicated to effectively represent and provide member services to Maryland’s lawyers while promoting professionalism, diversity in the legal profession, access to justice, service to the public, and respect for the rule of law.