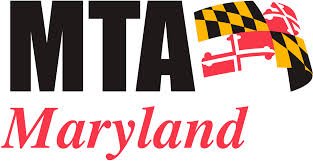 BALTIMORE,Md. — A passenger car collided with an MTA Light Rail vehicle and a stopped MTA bus this morning on N. Howard Street briefly disrupting service in the early afternoon. No serious injuries were reported.

At 11:25 a.m., the driver side of the car made contact with the northbound Light Rail train in the center lane of the street. The MTA Local Bus was stopped at a red light in the right lane and was struck by the car as well. MTA Police and Baltimore City Police were on the scene shortly after the crash.

The driver and passenger of the passenger vehicle were taken to University Shock Trauma with non-life threatening injuries. One passenger on the Light Rail car and 11 passengers on the Local Bus all claimed injuries.

By 1 p.m., Light Rail service had been restored.

Though the accident is under investigation, MTA Police said it appeared the driver of the passenger vehicle attempted to get around the stopped bus by moving into the center lane and ran into the Light Rail vehicle while also hitting the Local Bus.