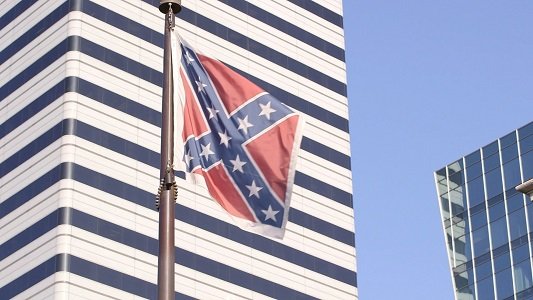 (NNPA) — The savage act of racial terrorism at Emanuel A.M.E. Church – Mother Emanuel – in Charleston, S.C., has been met with extraordinary expressions of faith in that community. Last Thursday, the victims’ relatives offered the terrorist their forgiveness. On Sunday, Mother Emanuel’s doors opened for regular services. Hatred and violence would not break the congregation’s spirit. 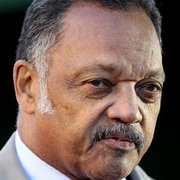 The murderer, Dylann Roof, said his intent was to trigger a race war. He spat on and burned the American flag, but waved the Confederate flag. Naturally, this has revived the demand that the Confederate flag be taken down at the South Carolina state capitol. The flag is a symbol. It stands for secession, sedition, slavery, segregation and suppression of rights. That it flies at the state capitol expresses the failure to address racial division. Germany does not fly a Nazi flag. South Africa does not fly the flag of apartheid.

The flag is a symbol, but the agenda of the flag is very real. The flag agenda is to preserve states’ rights over constitutional rights, racial divide over liberty and justice for all. The flag agenda demands that states, not the federal government, establish rules around voting. When the Supreme Court’s conservative gang of five disemboweled the Voting Rights Act, a flood of measures designed to make voting harder for minorities, the poor and the elderly ensued.

The flag agenda asserts states’ rights over national reform. The Supreme Court’s conservative justices decided that states could refuse the expansion of Medicaid that was part of health care reform. Only one state of the former confederacy then accepted billions from the federal government that would expand health care for their citizens, boost their economy and aid their hospitals.

The flag agenda suppresses the right of workers to organize, the right to a living wage, a safe workplace, a healthy environment. The flag agenda impoverishes poor White workers by pitting them against poor Black workers.

Today, everyone is outraged at the killings, but there is not the same outrage that African Americans have the highest rates of infant mortality, unemployment, imprisonment, segregated housing and home foreclosures, segregated and underfunded public schools, poverty, heart disease, liver disease, diabetes, mental health issues, HIV/AIDS, denial of access to capital and more. The flag is a symbol, but the flag agenda is this institutionalized state of terror.

The flag should come down. It is deeply offensive that politicians who aspire to lead this nation as president are too cowardly to call for its removal, hiding behind states’ rights, the poisonous doctrine that is the heart of the flag agenda.

But putting the flag in a museum is not enough. Dylann Roof is 21 years old. He was not alive when Rhodesia (now Zimbabwe) existed or when South Africa was under apartheid. He was taught his hatreds; he wasn’t born with them. His hatreds found deadly expression, but so too do the institutionalized injustices that are not limited to South Carolina.

Racism requires a remedy. We need a White House conference on racial justice and urban policy to offer a vision and a policy to deal with our structural injustice. Remove the flag, of course. But we need the president and the Congress to challenge the flag agenda.