BET Awards: What you may have missed

Janet Jackson was honored with the Ultimate Icon Award 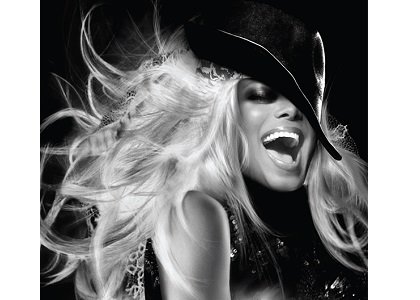 The past was a present at Sunday night's BET Awards.

From Janet Jackson to Smokey Robinson, it was throwback time Sunday in Los Angeles at one of R&B and hip-hop's biggest nights. And of course, the memes from the evening were out of control.

Here's what you may have missed.

Through all of his iterations from Puff Daddy to Diddy, producer/rapper/entrepreneur Sean Combs always did know how to make great music. And he reminded us of that Sunday night when he took to the stage with some of his Bad Boy artists past and present to remind us of why we miss the late '90s.

Diddy was joined by 112, Lil' Kim, Faith Evans, Ma$e, Pharrell Williams and French Montana for a medley of hits.

While we question why girl group Total wasn't in the house, we can't be too mad at Diddy, given his unfortunate fall through the stage, which sent the Internet into a creative frenzy.

At least Diddy had a sense of humor about it, taking to social media to say, "I was getting so loose I fell! LOL, but really though I busted my a!"

Take note, ladies: You can cover up and still look flawless.

That's what Ms. Jackson (if you're nasty) did when she showed up to receive the Ultimate Icon Award. The 49-year-old superstar was looking ridiculously gorgeous in a white pantsuit.

She took to the stage after singers Tinashe, Jason Derulo and Ciara paid tribute in dance to some of Jackson's most beloved music videos.

The singer -- who is back on the scene with an upcoming album and concert tour -- thanked her parents and her longtime collaborators Jimmy Jam and Terry Lewis, who presented her with the award.

"Twenty-five years ago, we created Rhythm Nation hoping the world would be a better place, but today there is even more to be done," Jackson said. "Last but not least to my loving husband and to all the fans, I've missed you so much, and I love you so much. Thank you! Thank you, BET."

The legendary singer-songwriter was presented with a Lifetime Achievement Award after singers Tori Kelly, Ne-Yo and Robin Thicke paid tribute with some of his songs. Robinson, 75, used his speech as an opportunity to let the youngsters in the industry know that a little humility goes a long way.

And lest they forget, Robinson got the crowd jamming by singing a few of his hits just to remind them that he still has it.

It's hard to keep up when you're performing, winning awards and snuggling with your rapper boo, Meek Mill.