Mikulski announces her fifth term will be her last 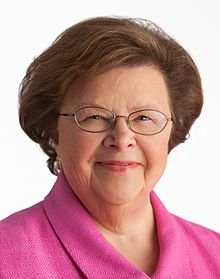 BALTIMORE — At Henderson’s Wharf Inn in Fells Point, U.S. Senator Barbara A. Mikulski (D-Md.) announced she has decided not to run for re-election. Senator Mikulski, who will complete her 5th term in office in January, 2017, says she wants to focus for the next two years on working for her constituents and for the nation.

“Because every day, I want to wake up thinking about you -- the little guys and gals, the watermen, automobile workers, researchers, small business owners and families,” Senator Mikulski said. “I want to give you 120 percent of my time with all of my energy focused on you and your futures. Because it’s always been about you, never about me. That’s what it takes to be a good senator by my expectations and by my standards.” 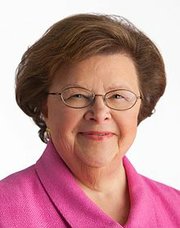 “It’s great being here in Fells Point today where I spent a good part of my life and where I learned my values. Growing up in East Baltimore was growing up in an urban village where people lived, worked, shopped and worshipped. But it’s not about what we did, it’s about what we believed.

“It’s the values I learned from my family -- my mother and father, from my church – the nuns and priests, and from the people in the neighborhoods themselves. It’s where I learned about patriotism, the love of this country, and that you have to fight for and protect the freedom and opportunity it gives. Where I learned about neighbor helping neighbor through the genuine gestures and actions of people who were looking out for one another every day and in every way. Where I learned that we are all in this together as we witnessed young men and women go off to protect their country and helped care for the families they hoped to come home to.

“For me, service is about solving problems for my constituents. I could never put you or your needs on a back burner. With my own re-election on the horizon, I thought long and hard about how I want to spend the next two years – what is it I want to campaign for, for you or for me?

“The more I thought about it, the more the answer became really clear – I want to campaign for you. That’s why I’m here to announce I won’t be seeking a 6th term as a United States Senator for Maryland.

“Because every day, I want to wake up thinking about you -- the little guys and gals, the watermen, automobile workers, researchers, small business owners and families. I want to give you 120 percent of my time with all of my energy focused on you and your future. Because it’s always been about you, never about me. That’s what it takes to be a good senator by my expectations and by my standards.

“Over the next two years, I’ll be fighting to give families a raise by finishing what we started with the Lily Ledbetter Fair Pay Act and passing the Paycheck Fairness Act, once and for all guaranteeing equal pay for equal work. I’ll be fighting for a family-friendly tax code with targeted tax breaks, doubling the child care tax credit to make child care more affordable.

“I’ll be fighting for you jobs. Creating jobs today in construction rebuilding America’s roads, bridges and water plants. And creating jobs for tomorrow in the new economy through research and discovery.

“I’ll keep up the charge to make college more affordable with permanent tuition tax breaks and by reforming Pell Grants, making them year round, easier to apply for and increasing them to cover more costs. And families should be able to refinance student loans at lower rates. I’ll also be introducing my new bill, Debt for Duty, providing student loan forgiveness in exchange for time spent volunteering.

“I’ll be making sure promises made are promises kept to our veterans. Because if you’ve been on the frontlines, you shouldn’t have to stand in line for benefits you’ve earned and deserve. And I’ll be protecting the social safety net for seniors, because ‘Honor thy father and mother,’ isn’t just a great commandment to live by, it’s good public policy. That means making sure Social Security remains a guaranteed, lifetime and inflation-proof benefit and that Medicare is there when you need it.

“To the people of Maryland -- I thank you. You’ve honored me with your confidence and trust. I’ve tried to live up to it and will continue to do that every day. I pledge, as always, that I will take the values I learned living here in East Baltimore and work as hard as ever, dedicated to you and dedicated to the nation. Thank you and God bless.”

Senator Mikulski was the first Democratic Senator elected in her own right, and was one of only two women Senators serving when she took office in 1987. On January 5, 2011, she became the longest-serving woman in U.S. Senate history when she was sworn in to the 112th Congress, breaking the record previously held by Senator Margaret Chase Smith (R-Maine.) Senator Mikulski has said she shares many things in common with Senator Smith, including a strong belief in constituent service.

On Saturday, March 17, 2012, she surpassed Rep. Edith Nourse Rogers as the longest-serving woman in the U.S. Congress. In 1976, she was elected to the U.S. House of Representatives as the Congresswoman from Maryland’s third district.

Senator Mikulski holds many other “firsts,” including being the first Chairwoman of the Senate Appropriations Committee, a post she took on December 20, 2012.

Throughout her time in elected office, she has fought uphold the values she learned growing up in East Baltimore. She continues to fight for a stronger economy and safer America every day.