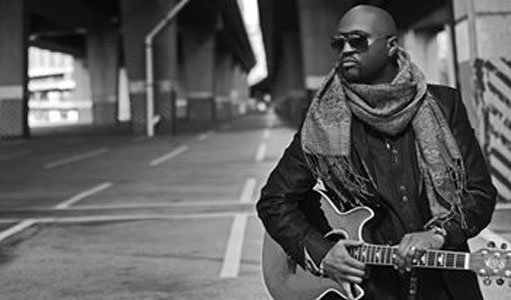 It was February 11, 2002, a few days before Valentine’s Day and a couple of months before wedding season when Baltimore group, Ruff Endz, released a song entitled “Someone To Love.” The song hit the airwaves and became the anthem for folks in love and about to be married. “In the music business, you never know what song strikes home for people. That song was a huge hit for us and because of the success of that song, we thought we were on our way,” reflects David Chance, one half of the group Ruff Endz. So what happened?

“This business is funny. When you deliver on your end, the record label tries to keep you in a box and wants you to keeping making the music that will make hits and never let you grow musically or they spend money on other projects they feel will make more money and fail to promote your music. Not to mention, you have people thinking you are making so much money and when you come back they don’t understand why are you home or where is the money?” adds Chance.

Chance admits he had great times on the road touring, hanging out with people he admired and being able to afford the finer things in life, but says something was missing. Chance adds. “I have always been a spiritual person. Family was raised that way. I felt like something was missing. For me, that relationship was God and understanding that I was for another purpose.”

David Chance had time to think about things as the group continued to struggle with labels, managers, and wondering if they ever would get that to write and perform again. “I have no hard feeling about my experience, but I decided to walk away from the labels, living that lifestyle, and to go in another direction. Still doing music, but it would be more inspiration and very soulful, which is what radio is missing today” states Chance. Chance has started his record label, Chance Music Group (www.chancemusicgroup.com). According to David: “I am going to do the kind of music that inspires. I also going to make the type of music for adults that deals with love, the problems, the good and bad, but all coming from a spiritual place.”