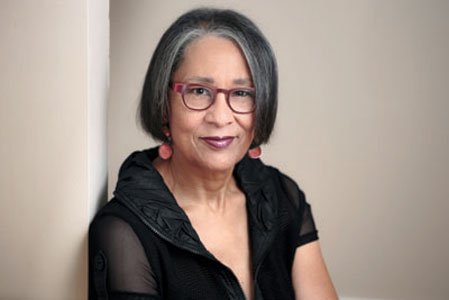 BALTIMORE — Lalita Tademy chooses to write books about real people who have experienced tough times like slavery and those who have been victimized by racism or other kinds of discrimination. The New York Times bestselling author and an “Oprah Book Club” honoree says the characters in her books always prevail.

“I suppose I like to show that no matter how improbable circumstances can be, they can be overcome,” said Tademy, whose first two published novels, “Cane River,” and “Red River,” were true stories about Tademy’s family. “The strength and the spirit of individuals I write about are amazing.”

On Saturday, March 7, 2015, Tademy will join three other female writers to discuss the intersection of place, time and culture in literature and in the lives of women at the Enoch Pratt Free Library’s Wheeler Auditorium at 1 p.m. The discussion to be moderated by Linda A. Duggins of the Hachette Book Group, is part of the library’s Women’s History Month Literary Festival.

Tademy is expected to discuss her latest novel, “Citizens Creek.”

The author’s latest isn’t about her family, but it does focus on a slave who enjoyed a gift for learning and understanding various languages.

The slave, named Cow Tom, was born in Alabama in 1810 and by his 10th birthday he was sold to a Creek Indian chief.

As the new country developed in the west, Indians, settlers and blacks came into constant contact with each other and Cow Tom became the primary translator for his master. He was hired out to U.S. military generals and became the first black Creek chief after the Civil War.

“I got the idea from a book called ‘Staking a Claim’ by Jonathan Greenberg. I focused on two characters, Cow Tom and his granddaughter Rose, and they are based on real and fascinating people who lived in the 1800’s and early 1900’s,” Tademy said. “From the moment I read about them, I was pulled in by the uniqueness of their personal stories, set against the turbulent backdrop of slaves owned by Creek Indians, the land appetite of the U.S government and subsequent removal of Indians from their homelands into Indian Territory that eventually became Oklahoma along with their slave property, the forced choosing of sides within the Creek nation between Union and Confederate during the Civil War, the position of black Freedmen as members of the tribe after the Civil War, and the required pioneer spirit of women who ran or helped run ranches as the westward expansion unfolded.”

For Tademy, Cow Tom and Rose perfectly fit her desire to write about ordinary people who had an extraordinary experience but still had marginalized voices.

“That’s really what I like to do when I write, to bring voices forward that haven’t necessarily been heard before and to look at history in a different way,” she said.

Reviewers and critics hardly have argued.

“Some books hold words between their pages, Citizens Creek is one of them,” said reviewers at Bookpage.

“It’s a sweeping story that tracks one family across three generations in early nineteenth century Alabama. Heavy stuff, yes. But Tademy is quite masterful with it,” said another reviewer for Juicy Magazine.

“Tademy offers a forgotten trail of American history to find an intriguing tale of love, family and perseverance, in the struggles of proud African Creeks,” Kirkus Reviews noted.

Written in two parts portraying the parallel lives of Cow Tom and Rose, Citizens Creek is a beautifully rendered novel that takes the reader deep into a little known chapter of American history. “It is a breathtaking tale of identity, community and family— and above all, the power of an individual’s will to make a difference,” another reviewer wrote.

Through it all, the 432-page novel proves to be a vital history lesson and an education for all who read it, Tademy said.

“I think that we can learn something from that today,” she said. “Things are not going to necessarily be fair or to go your way, but you still have to figure out a way to navigate through it, and it can’t just be by complaining.”