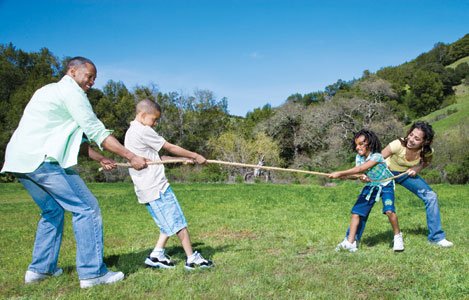 No matter where you are, if little ones are around, it won't take long before you'll hear "You're so smart," "You're so pretty," as well as, "You're the best on the team."

It's normal to think your child is brilliant, better looking and more capable than anyone's child you know; however, that attitude taken to extreme might be moving us toward creating a society of kids who feel entitled.

Surveys from freshman classes show that kids work less in college than they did 10 years ago, and they think more highly of themselves. The majority of freshman college students score high on narcissism. What did we expect? These kids have been raised by parents who praised their every move. With that praise, they have instilled an attitude of entitlement. Kids actually believe they deserve a high paying job, a beautiful home and exotic trips. When you talk to them in depth, and ask them how they plan to acquire these privileges, they have no plan other than knowing their parents had it, so they will too.

The sad part is, they won't. In fact, they cannot because they have not suffered consequences of not being good at something. Their weaknesses have been overlooked or brushed aside in an attempt to build their confidence with praise.

Praise doesn't build confidence; in fact, too much praise makes a child less motivated to take risks and try new things. If you continually tell a child how well they spell, they expect and are motivated to get more praise for spelling. Forget the other subjects, or sports, because they get praised for spelling well. This narrows the child's world and they don't branch out or build confidence by trying new things and failing at some.

A much wiser approach is something we call "process praise." Process praise means you begin to notice and comment on the strategy the child used to figure something out. You focus less on natural talents and more on effort. You teach them that the brain, just like their other muscles, can grow, which helps the child understand that the more effort they make, the more success they will likely see. This helps children understand that challenges are good, and the brain can learn new ways of doing things.

Here are three suggestions for starting a plan of process praise:

*Don't praise as much as you may have in the past. When you do praise, begin with praising effort or attempts at trying new things. Telling a child you like the way they tried something new is going to be more helpful to them than praising them for something at which they are already good.

*Praise their strategy, or thinking. "Wow, you really had to use your out-of-the box thinking to come up with that plan."

*Never lie to them or tell them they are good at something they are not. Kids know the truth. If you say it's a good job and it isn't, they will stop trusting you or believing you.

Kids get discouraged and when parents give blanket praise such as "You're so smart" or "You're such a good pitcher," kids begin to think this is what they are, or do. A child can be compassionate, smart, musical, and so much more. When parents teach kids to accept challenges, try new things and risk not being the best, they challenge them to grow and exercise their brain. In a world of entitlement and everyone being a winner, we've gone too far. Everyone has natural talents and weaknesses. The key is to help a child feel confident enough in their strengths to risk appearing weak in areas that need more strengthening.

Let's bring back good old-fashioned effort and teach our kids the value of working toward their dreams.